Consider the following case. I drew first Cube 1 placing the RVP is inside the composition on purpose. Cube 1 looks great. Then I tried to move Cube 1 to the right of the RVP, just dragging along the X axis, keeping it parallel to its original position, which would be Cube 2. It looks distorted, though. Cube 2 is parallel with Cube 1 so the parallel edges on both cubes are supposed to vanish to the same point. It does not work, though. The reason for this is that Cube 2 is to the right or the RVP.

Distortion happens. 🙂 Escher made a career out of playing with the natural distortion which happens in perspective.

For things at the edge of the viewport there is natural distortion. Once you pass a vanishing point, you are passing what the natural field of vision would be — essentially creating an image that a human could not perceive in real life – so objects outside the vanishing points will always appear odd since we never see such objects in nature.

Once an object passes either horizontal vanishing point it’s imperative to use 3-point perspective, not 2 point. By using only 2-point perspective you are distorting the horizontals but none of the verticals. Human vision is curved and verticals must be also distorted to maintain a more natural perspective view.

When you add a proper 3rd vanishing point the cubes appear more natural: 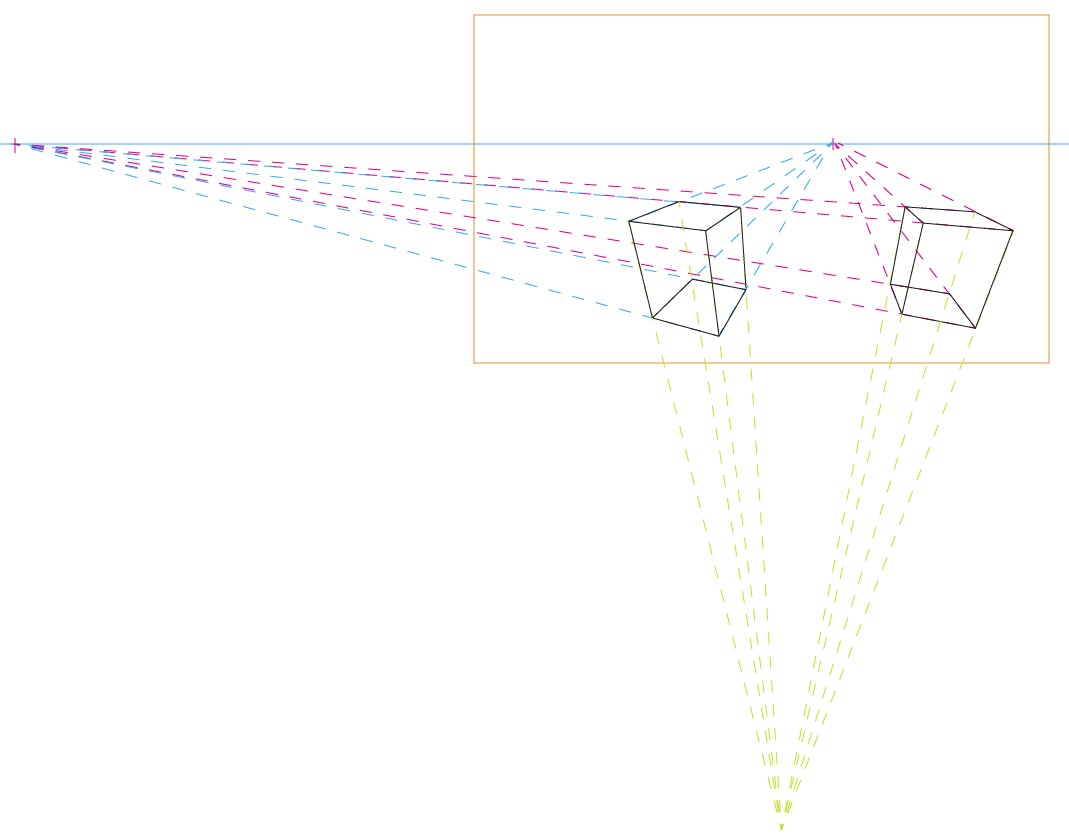