In Adobe Illustrator CS5, I have a circle (the letter “O”) and a line going through it, like so: 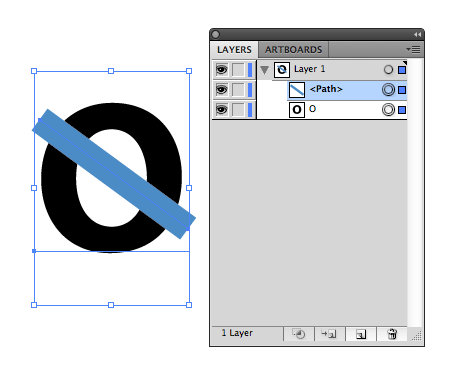 Now, I want to remove the protruding south-east part of the line, for an end result similar to 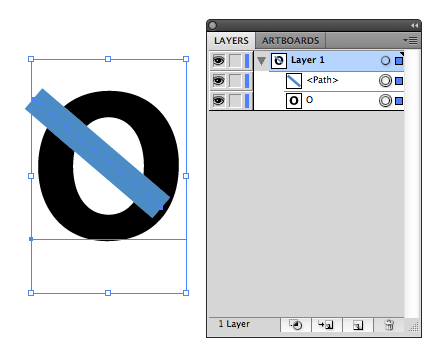 Rephrased, I only want to show the south-east of the blue line where it overlaps with the black shape. But the top-left and middle of the blue line should remain as is, even where they pass over the inside of the “O” or protrude into the north-west.

Could someone tell me a way to do this?

I figured out a way, but I’m very new to Illustrator (literally started using it last night), so I’m sure it’s far from ideal. Putting it here in case it helps someone else.

Duplicate both the letter and the line. Select one of each, with the line stacked higher (on a higher “layer”) than the letter. 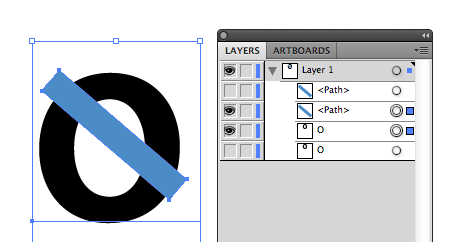 In the Pathfinder window, hold Option and click the “Intersect” button. You will now have a compound shape with only the parts of the blue line that overlapped the letter. If you hide the duplicate letter and line, it will look like this: 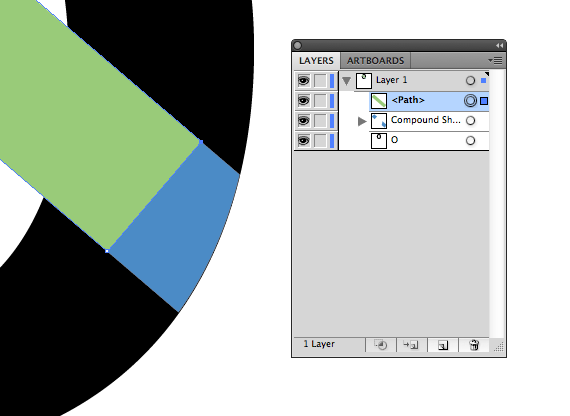 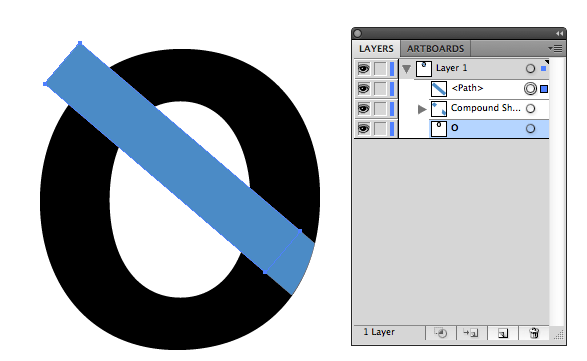