I am working on a very basic InDesign project (my first one), and have one trouble that is progressively driving me crazy.

I need some bold text, and so have added a 0.25pt black stroke to my 10pt text where needed. However, when exported to .pdf, I end up having a sort of white stroke. It looks as follow: 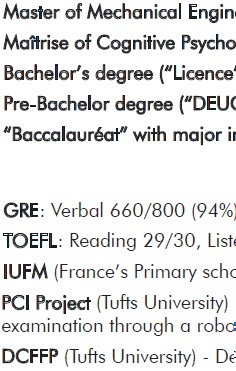 I tried to export in various Adobe formats, with or without transparency flattening. I tried opening the file with various reader versions.

The worst part being than when I print, it looks perfect, the white lines are not there. But I need to send the file as a pdf, and it will be mainly seen this way, so I can’t afford it displaying that way.

So, what could cause that? How to prevent it?

Adding strokes to text to create a feux bold is really bad practice. It would be a much better solution to use a typeface which actually has a bold face.

Check the Reader prefs… Page Display > use Overprint Preview [dropdown] Set that to “Always” It may help the display. Unfortunately, you can’t control how other users have their prefs set. You can tell them to make this same switch. But really, the only sure-fire way to prevent this is to use a proper typeface.