I’d like to be able to draw a black Bezier curve of arbitrary shape which has a white border to it (the centre of the curve being black). Is there an easy way to do this?

For instance, see the attached image. It’s easy to do what I want for a straight line by just copying the original bezier curve, increasing the width and pasting on top of the original. But it doesn’t quite work as well when there are curves; see the curve in the figure whose left border is thicker than the right. 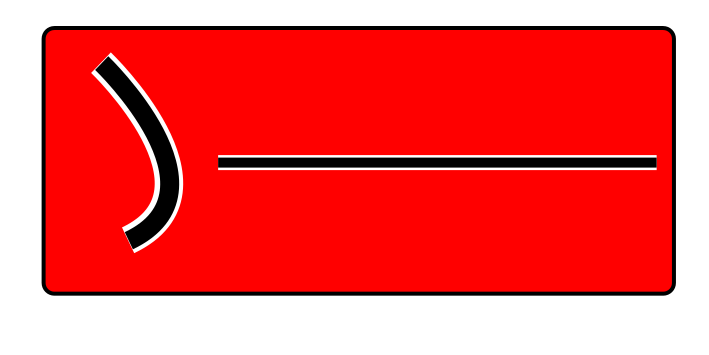 You can convert your stroke to path. It can have different fill and stroke colors: 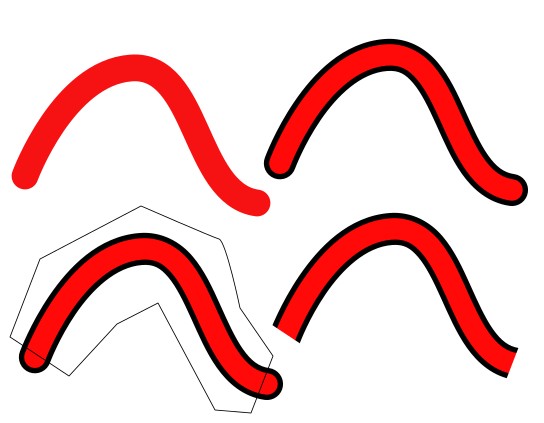 Here a wide red stroke is drawn. Its converted to path (Path > Stroke to Path). A black stroke is added like to any closed shape.

If you need open ends, you can add a clipping mask. It’s done in bottom line.