In the drawing below I have e.g., a rectangle.

In the GUI, Inkscape says the rectangle is at Y position 0, but in the XML for that element it says 873. Why is that and how do I get the “real” number?

Background: When exporting the image (scripted), I want to add 10 pixels border on all four sides. I thought I could just look for the largest / smallest coordinates in XML and add the 10 pixels for border, but I end up exporting an all white background instead of the image. Working with the XML comes natural here because I get other (meta) information from that.

I can query the image origin with inkscape -X and inkscape -Y and the image dimensions with inkscape -H and inkscape -W. That also gets me the numbers from the GUI. Exporting with these values works. However, that requires forking a new Inkscape process 4 times per image, and hence slows the whole export down. (Lots of images on old hardware.)

This is Inkscape 0.91 on Linux, in case that matters.

Usually SVG units are expressed in pixel, and if Inkscape coordinates are set to pixel, they should coincide (see also here and here).

For example, with a border stroke of 1 px:

The same rectangle without a border: 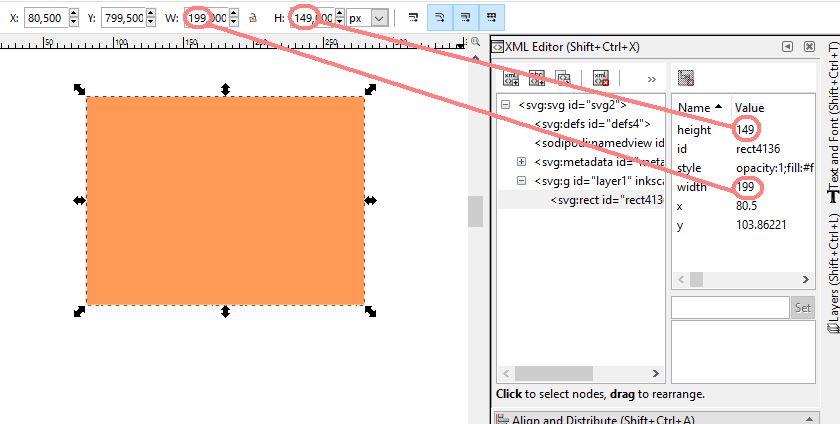 Note that the border is centered on the path. In my example we have: 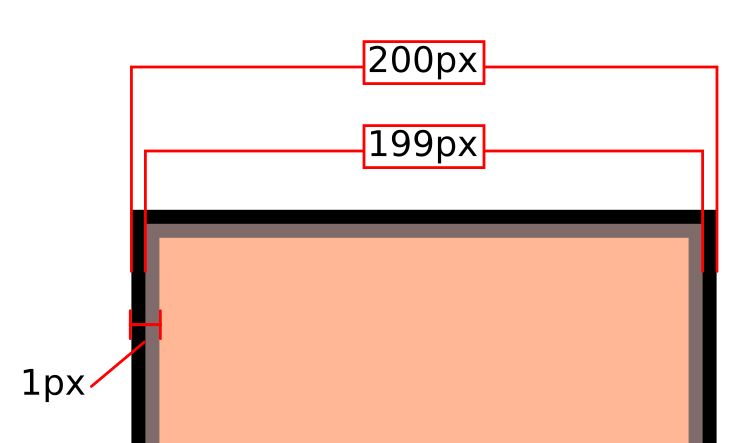 Y = 0 in Inkscape means an object at the bottom of the document: 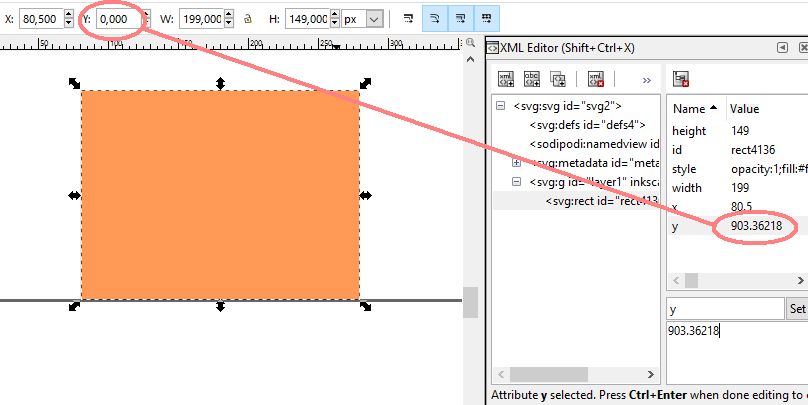 Y = 0 in SVG means an object at the top of the document:

This means that your “real” number is something like:

(Note that the inversion of the Y axis will be fixed at some time in the future according to this issue.)