I have an inDesign document with a number of intentionally blank pages, for example one so that the Contents page is recto etc. I would like to to flag those pages somehow for anyone else that works on the document as being intentionally blank, but I’m unsure what the standard way to do this would be.

Is there a convention for doing this? And how would this convention be applied using inDesign?

Note: To clarify, I want the printed version to have no text on the blank pages, but to include some kind of message or flag them somehow for another design.

In many legal documents, I’ve been required to place a text box on the page that reads “THIS PAGE INTENTIONALLY LEFT BLANK”, so the reader doesn’t think there’s something missing. In your case, where you don’t want that to actually print but still want a designer to see it, you could do a couple things:

1) Put that text box on its own layer (maybe make the text in Magenta, so it’s highly noticeable), but uncheck the “Print Layer” box in the Layer Options dialog (double-click on the layer in the Layers panel to open the options). 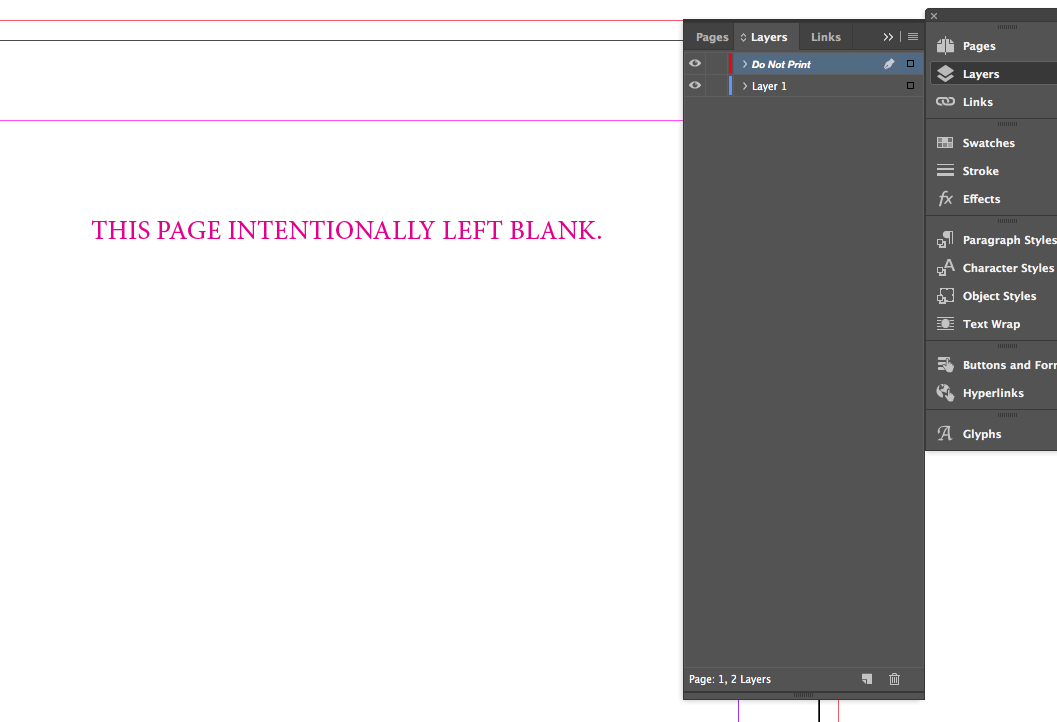 2) Put that text box on any layer you want, but select it and use Windows > Output > Attributes options to make that specific text box non-printing. 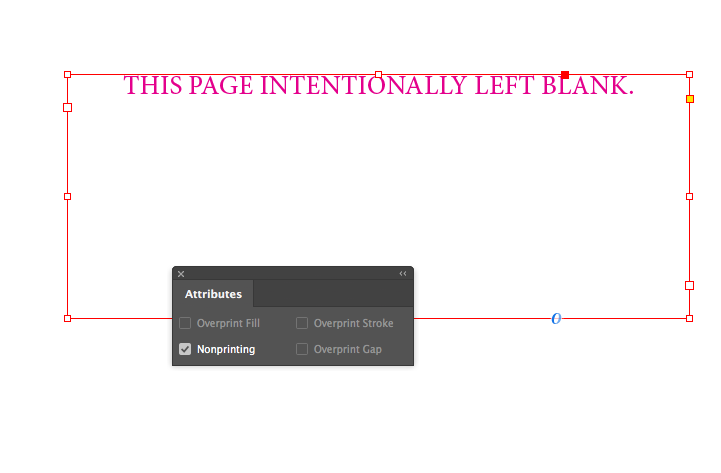