The Munsell color sphere is described on Wikpedia.
But what does the inside of the sphere look like? There is some conjecture on Wikipedia (most of which is original research), and I can only find text descriptions and the one painting of the exterior that seems to pop up everywhere: 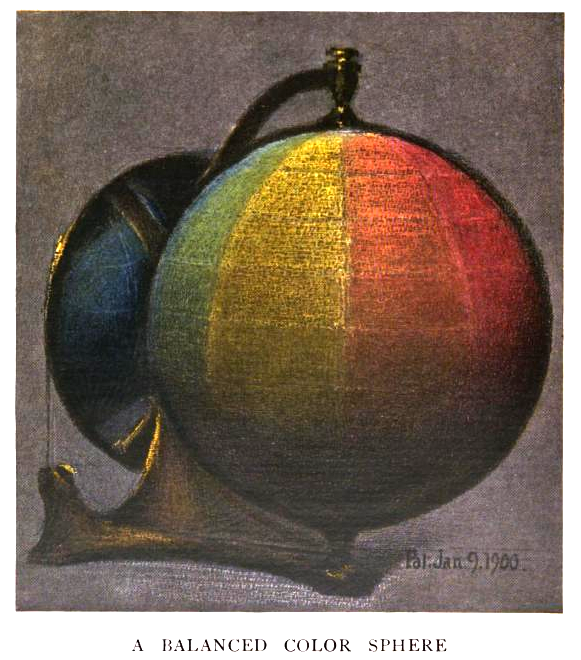 Here is the best image of the interior I could find: 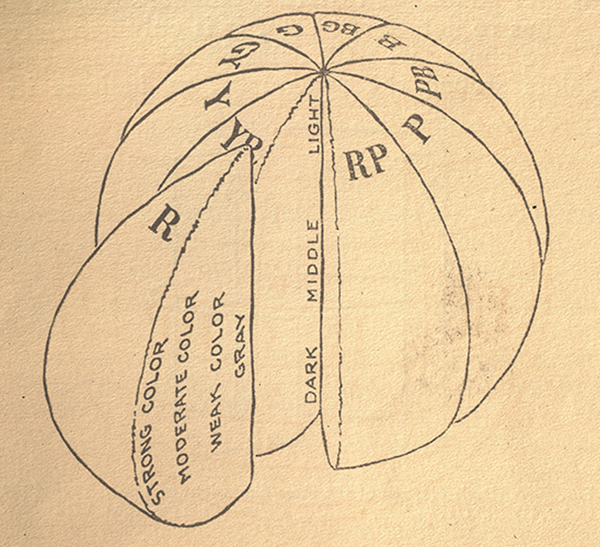 It is suggestive, but doesn’t show all the internal grid lines, which you would expect in a detailed schematic.

So, I had a theory that a vertical cross section of the sphere would look like this: 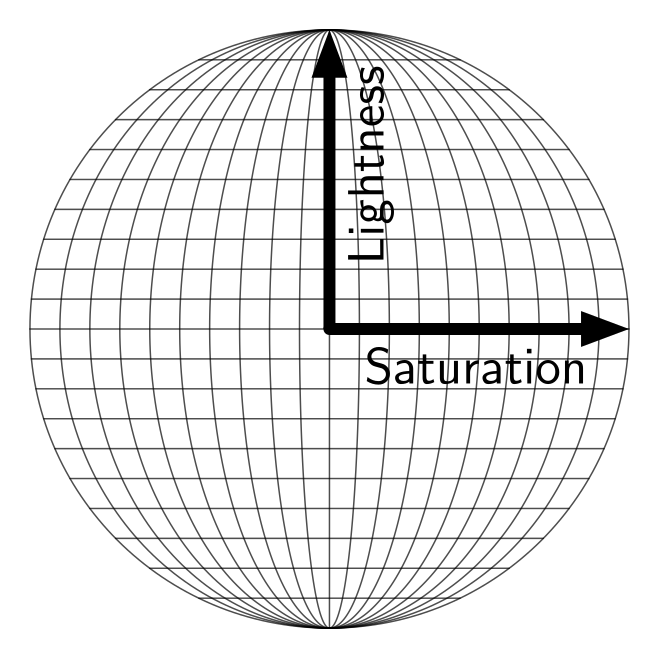 But a comparison with Munsell’s “Color Tree” would indicate the vertical cross section should look like this: 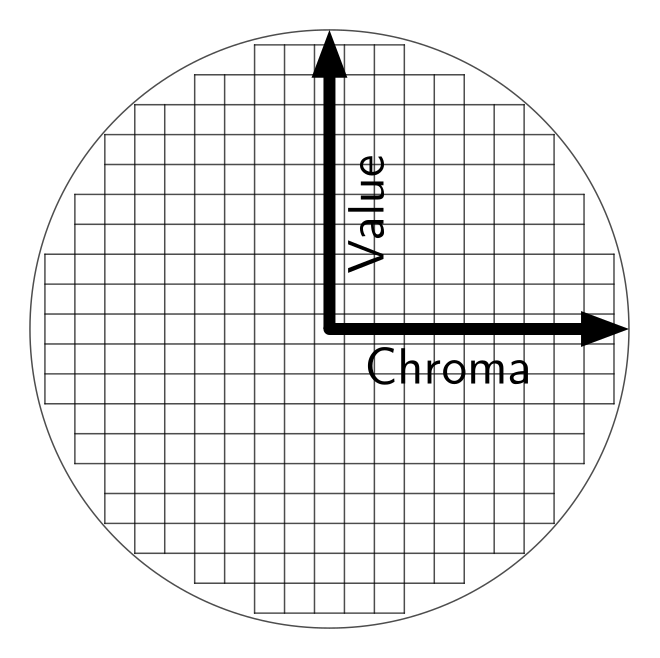 Which of these two seem most likely to you?

Well, looks like the conceptual Munsell solid has… evolved since that first globular image he sketched to notate the concept: first with his own research and development back then, and further since under the auspices of the Munsell color company.

This is an image of the current iteration of the Munsell solid, linked from the Munsell website: 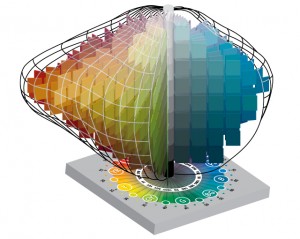 And as you can see, the conceptual sphere didn’t account for differences in the highest possible perceptual intensities of specific hues, which differ, and so the “exterior surface” of the solid has morphed to account for that difference – but this does show the internal variation and gridlines to which you refer in your question. 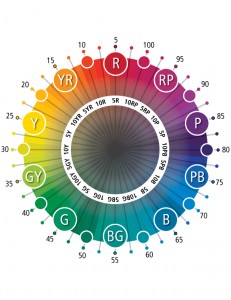 And here a depiction of the range of value as the vertical axis throughout the Munsell solid: 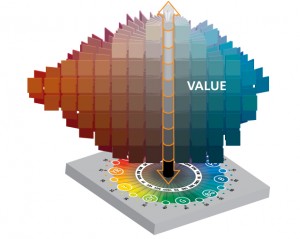 And last, this depicts the variation in chroma being the horizontal plane outwards from the Munsell solid’s origin: 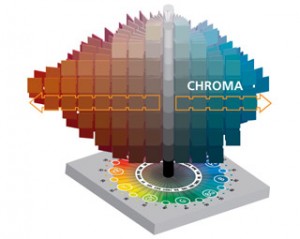