I am used to downloading realistic, complex vectors from Shutterstock to edit and use in compositons. The files are not necessarily large in terms of drive size (8Mb or so), but some of them are so complex, with so many gradients and textures that when I open them on Illustrator, they lag so hard that I have to force close Illustrator and work with the files in outline mode, if anything.

But I doubt this is a hardware problem, as the computer that I use is actually very good for hardware extensive tasks, such as heavy video editing and particle rendering, and I don’t understand how an 8mb file can be so hard for my computer to process.

My question is: Should I try working with these “heavy” files using a lighter program, such as Corel Draw, for example? Would it be worth the try (I have no experience with Corel Draw, btw)?

Depends a lot on a range of issues:

1) sheer vector data density – if it’s a truly huge number of points and vectors, Illustrator will bog down.

2) some of the the specific effects applied to given layers – some of the rasterized effects can cause huge loads.

3) worth checking whether your Illustrator is running in GPU preview or CPU.

4) also look at how much RAM and VRAM you have available versus what the file calls for once Illustrator has completely opened it (sometimes they take way more than you think they will) for editing.

I will add that the original reason I myself switched away from a primarily Adobe Illustrator toolpipe for architectural illustrations (especially site plans) to Affinity Designer for the same work type was exactly this issue.

I found that I could open a particular super-large illustrative siteplan file (for a sustainable farm and residence and restaurant) in Illustrator, on the machine which had been used to create the file, and it would take ~ 10 minutes to open. The designer working on it worked in outline mode all the time, only going to full preview to check correctness of appearances with most layers turned off. Even then, panning and zooming was both slow and glitchy, and saves were on the order of 30 minutes. In her case, doubling the machines RAM made her able to at least get successful saves.

I opened the same Illustrator file in Affinity Designer on a laptop with half the available RAM as her initial configuration, and was live panning and zooming all over the file with all layers on and all effects doing their thing – that for me was a pivotal moment.

Given I had 15+ years of development and investment in my various Illustrator assets and libraries, it was not a trivial decision – but, again, this was the primary issue which pushed me to look more closely.

This is a quick screencap from the final results of the file I mentioned above, which was for a master planning exercise done by Mogavero Architects for Soil Born Farms – back when I was their IT Manager and general BIM and graphics coach: I helped the designer who working on this in her struggles with this monster .ai file (she has since become a licensed Architect and is absolutely brilliant at sustainable design, energy analysis and a whole host of other highly technical things) but this Illustrator file provided her endless frustrations for 8 months as the design iterated. 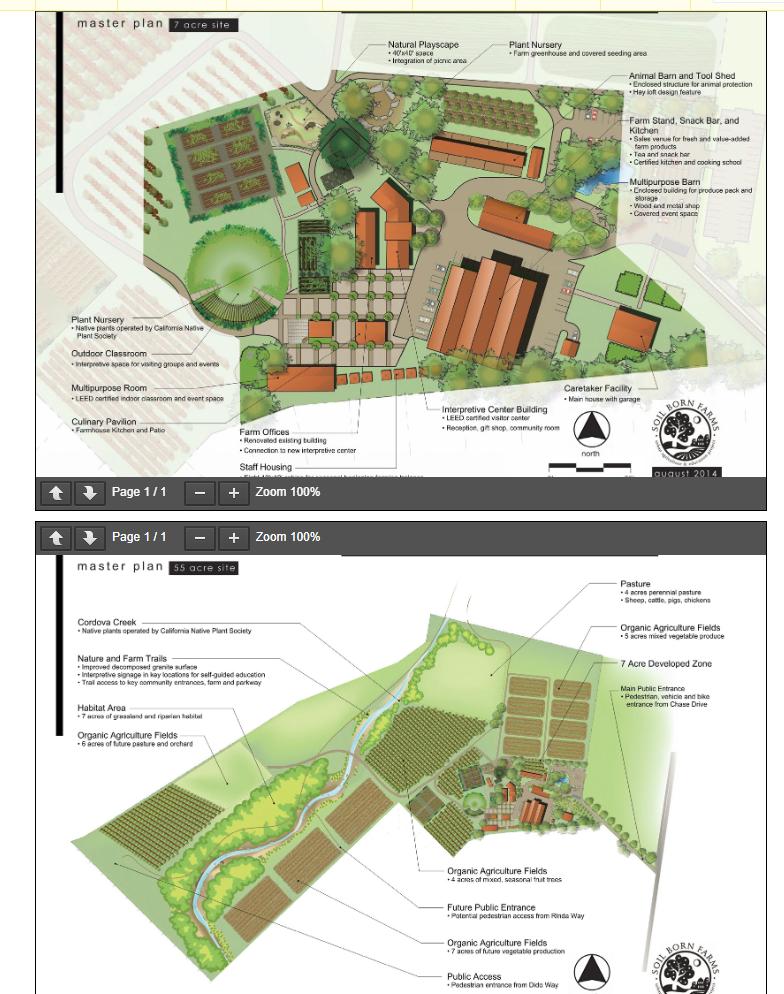