I recently had a discussion with a client. He asked me if I felt a QR code on a marketing piece would be beneficial.

In what circumstances or in what usage is a QR code in design worthwhile? Are there any?

And if so, what types of data are useful in that setting?

Or, in other words, what are the best practices for usage of QR codes?

To me, I could see them used as coupons or some other redeemable item, but beyond that I find them ugly, useless, and largely just trendy.

When I ask everyone I know if they scan them, I have yet to find anyone who ever has. Granted, that may just be my circle of people though.

QR codes can be valuable tools if there’s a real incentive to use it. Augmented Reality, Coupons, and Time-Sensitive Content are the primary things that come to mind. And really above all, and worth repeating, is time-sensitive.

The important thing before putting it in a piece of marketing collateral is considering – where and when is this QR code going to be seen?

This for example, while not the most eloquent design, would be an ideal usage: 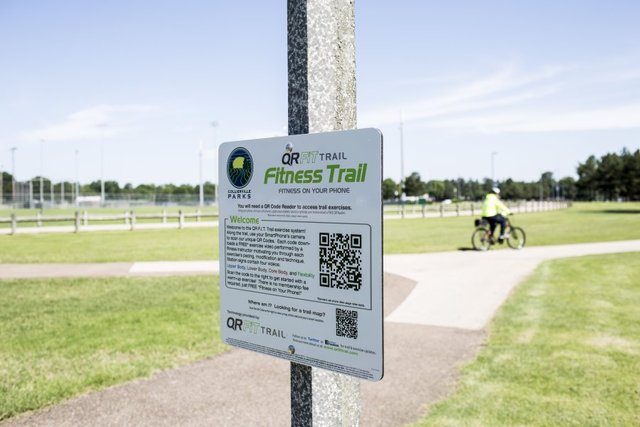 When do you need the map? When you’re there. It’s providing time-sensitive content (presumably, I didn’t actually scan this).

I’ve also seen, and one of the few times I’ve scanned, a display ad in a Vegas mall which enticed me by offering a coupons for Mall eateries by scanning and a chance to win a free meal. Sorry don’t have a photo of that. Again it was time-sensitive to where I was AND offered me an incentive. Win-win.

At Trade Shows / Conventions QR Codes can do even more things beyond the time-sensitive content delivery. It can be used to create all new experiences. Playing demo videos, creating scavenger hunts, interactive displays are just a few ways to integrate them in these more physical environments.

Ultimately effective QR codes should be used on Marketing Collateral where mobile is dominant. If its a mail flyer for example then its being read at a desk. A URL would be just as if not more effective. But once you step out into the built environment QR codes can open up many new and exciting possibilities.

Its really a matter of discussing with your client how much space will need to be allocated, how it will affect the overall design, and what the goal is.