So I am creating this T-shirt design, and I want to create an inverted effect in a way that doesn’t require me to split the design in half, make edits, then seam them back together.

This method sucks because it ruins the font that I was using, and there is now no way for me to make changes to text or anything like that without completely redoing the design. There absolutely must be a better way to do this, but I have no clue as to what it is. Thank you so much to whoever answers this.

Image of the effect that I need to know how to create: 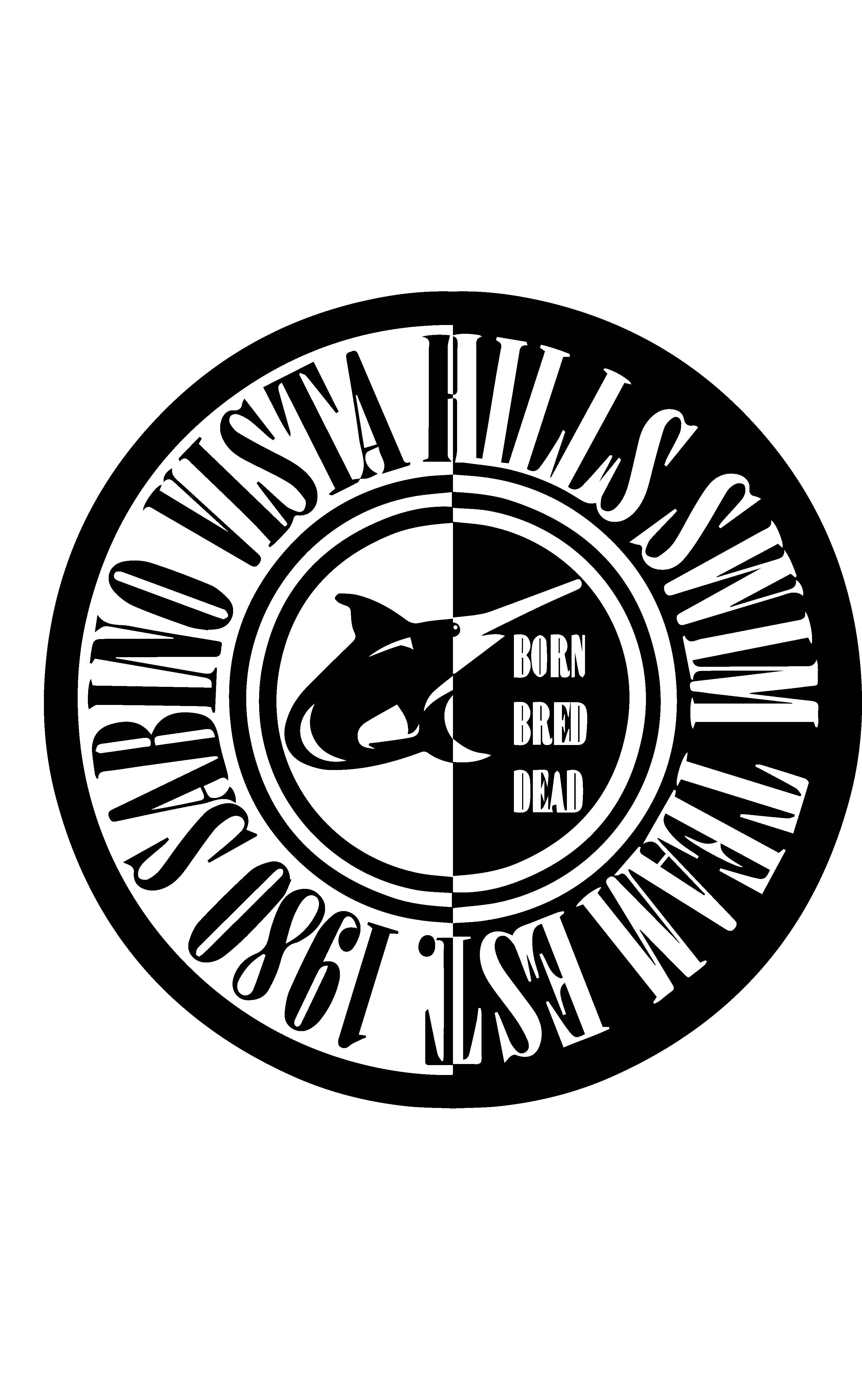 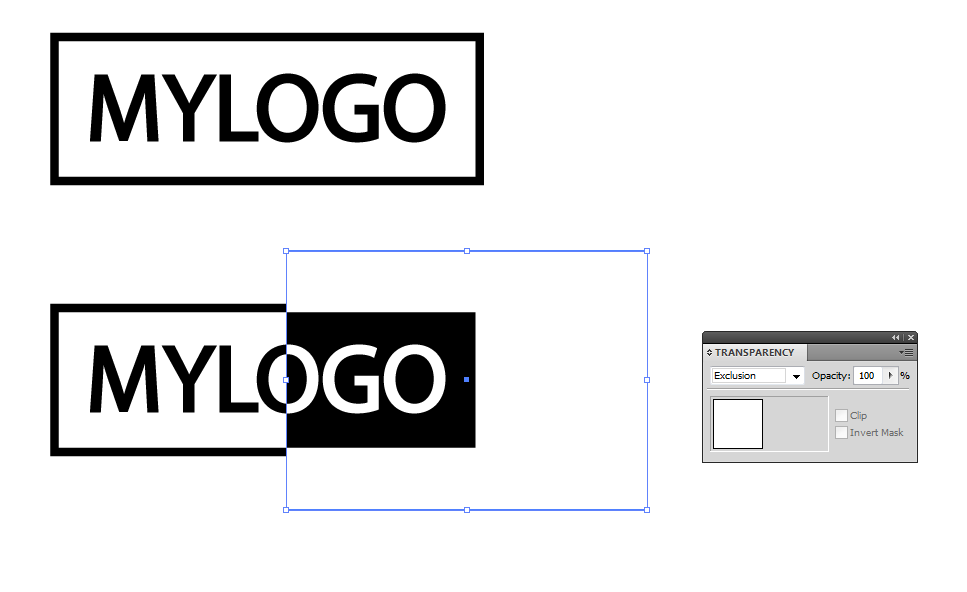 The bottom version has a white rectangle placed to cover a part of the logo. The rectangle has blending mode Exlusion. It inverts black to white and white to black.

If some part should not be affected it must not be below the white rectangle.

With colors the result is more complex: 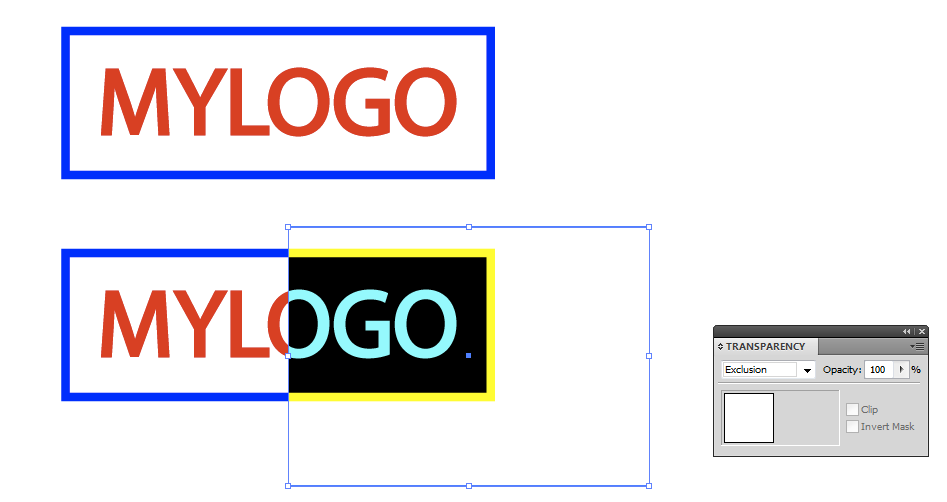 The exclusion-trick is good for making designs but it can cause problems when converting the work to other formats. If you rasterize your image to PNG nothing special happens, but it’s not at all clear that the result works elsewhere if you save as SVG. I tried it. In Inkscape the blending mode was changed to Normal.

BTW. Illustrator has a special tool which is handy for redefining which areas should have new colors. Draw a division line over your drawing. Select all and recolor the needed areas with the Shape Builder. Your example made in this way from the original would have been an one minute job.

The effect of the Shape builder is permanent. The texts and strokes in your case should be expanded, so work with a copy!

Tools Shaper and Live Paint work as effects which can be rolled back later. Learn tools with Adobes’s original documentation or watch a few of hundreds available tutorials. Start from Shape Builder because it’s easy to understand and it can be used as well to remove unwanted pieces.