Is there any technical term for these numerals? 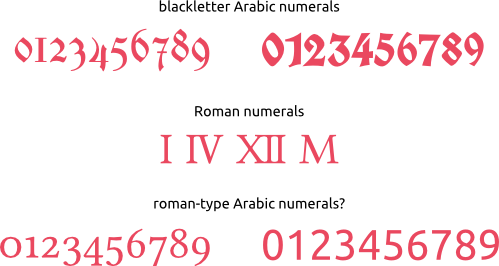 The numerals with ascenders and descenders are called “old style numerals” or “old style figures”; the ones that are a consistent height are called “lining numerals” or “lining figures”. “Roman” has been diluted to the point that it’s not easily translatable to a mind picture anymore; it’s applied to grotesques and some gothics as well as to classic book serif faces in computer font drop-down lists. Civilians won’t understand those terms anyway, though, so you will need to have examples handy.