I have a folder full of PNG files made up of a single color… Here are a few of them to give an idea of what I’m trying to do:

I want the name of the files to be their hex color codes. It would be really nice if there were some automated way of doing this.

I know there are ways to extract the color code from an image… theoretically it seems like it should be possible to rename each image with its resulting color code.

OK so after some considerable searching I’ve now found a solution to this ‘dilemma’ of mine… Yay! Saved me so much work

*Note: On Windows at least, for full functionality ImageMagick also requires that Ghostscript be installed as well.

Starting filenames do not matter because they are handled using “*” as wildcard… Here is what I was starting with: 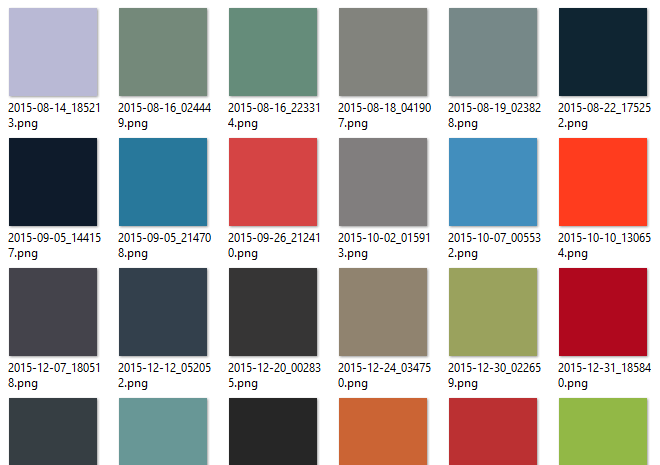 Using ImageMagick via the Command Prompt I was able to sample and extract the color of the image, then rename each image according to RGB values, output to decimal format changing the names from (for the file at top-right in the image found in the original question for example) from “2015-09-03_223717.png” to “rgb(102,130,154).png”.

This is done with the following command, run from within the folder:

This makes a copy of each PNG file saved to the same folder, the originals can then be deleted. So that gets us one step closer. Some (ImageMagick users for instance) might find them more useful named this way… Here are the results: 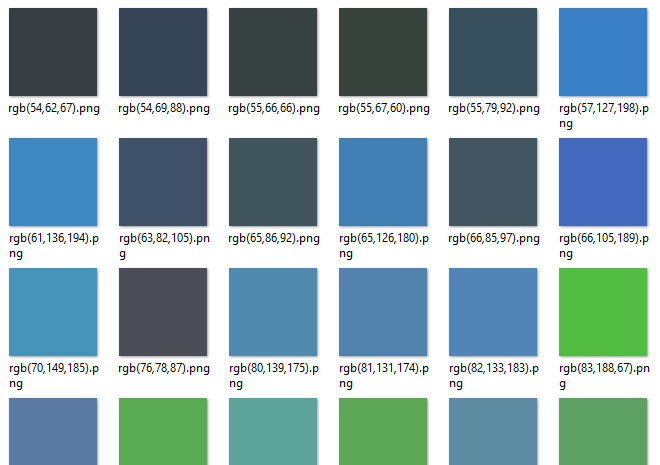 On Windows this requires the addition of the *nix tool known as “sed”, which I added using GOW (GNU On Windows), found here: https://github.com/bmatzelle/gow

So again from a Command Prompt within the folder enter:

This will create (in the same folder) a BAT file with the necessary rename commands for each file. Then all we need to do is double-click the resulting BAT file to run it. 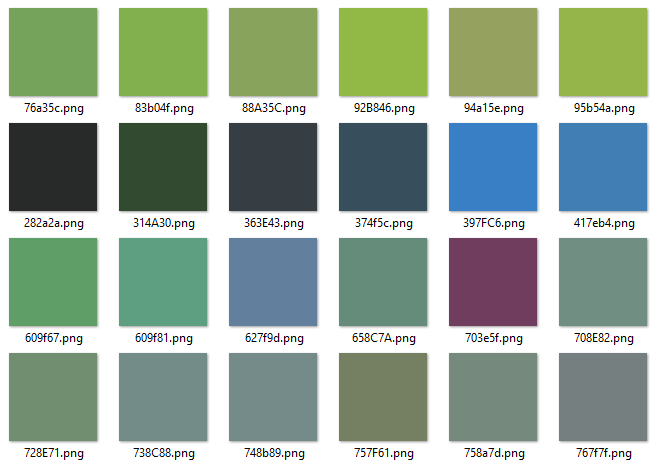