Is there any possibility to achieve this effect in Adobe Illustrator or Photoshop? I don’t know where to start? Any help much appreciated. 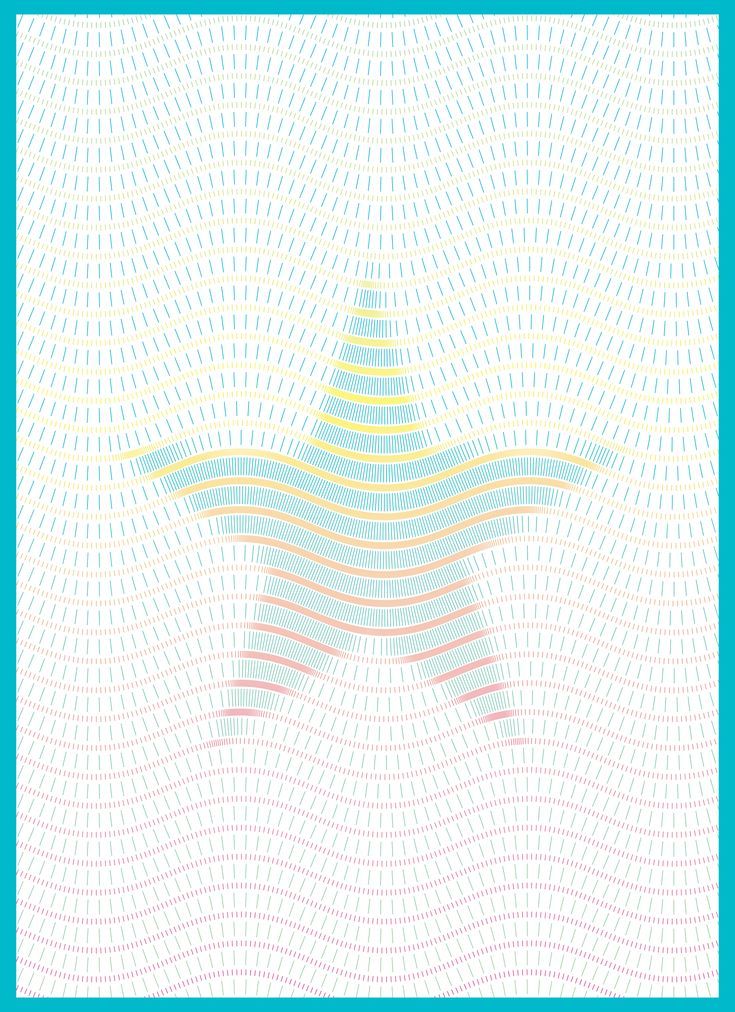 You got earlier an answer which had so exact copy of the wanted image that a not so gentle bystander could easily start to imagine that the question and the given answer had a common source.

The answer has later vanished, but that’s not a big loss because it used special software which is developed to generate difficult to replicate images. If I red it right the software can be found here https://jura.hu/security-design-software-modules/ I know nothing else about that software.

The question expects the usual, relative easily accessible Adobe stuff. I guess that freeware also would be acceptable.

There’s already given a comment which tells that the image can be redrawn in Illustrator, but it needs much work. The same is true also for Inkscape (freeware). Neither of the programs do have any automatic complex pattern generator except maybe as programmed add-ons. Unfortunately I do not know such add-on.

One can easily see the image as horizontal waves which are made of transversal short lines. Illustrator can make such waves as paths which have got artistic or pattern brush strokes that contain short vertical lines. In Inkscape one can apply path effect “Pattern along Path”. An example (Inkscape): 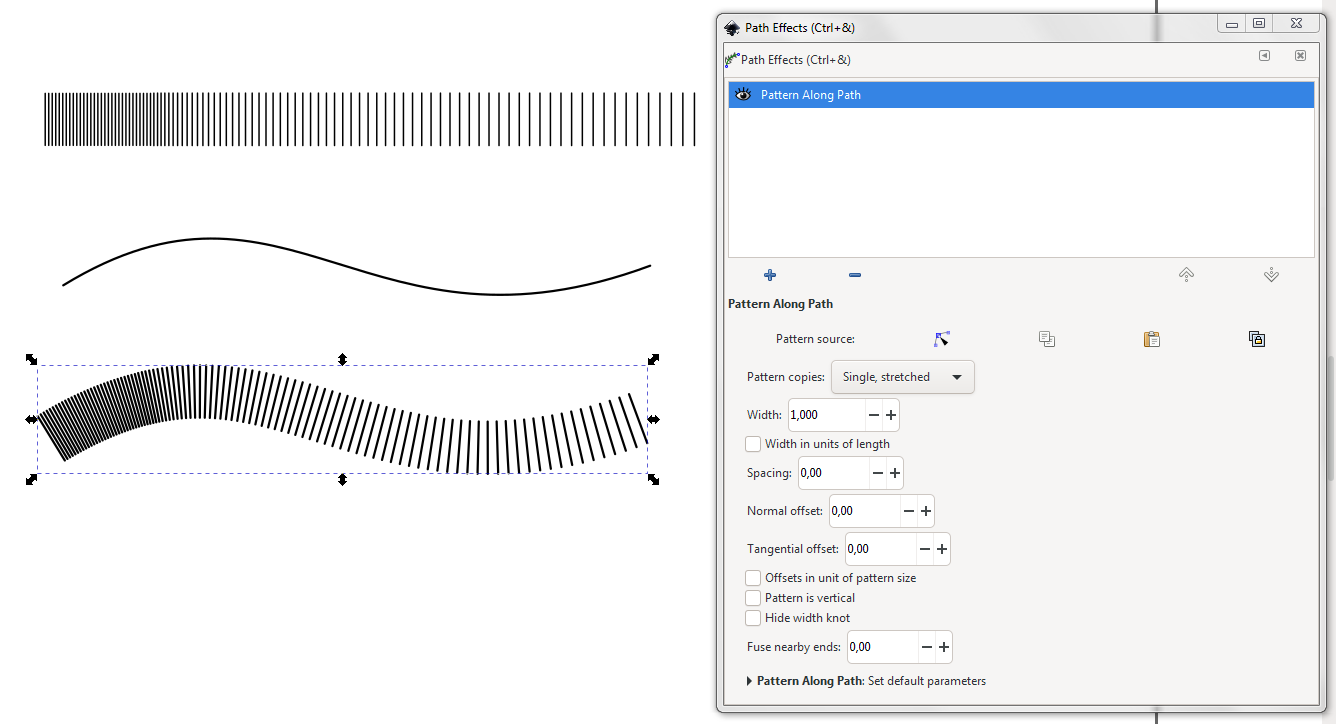 On top there’s a horizontal tiling of straight vertical lines. In Illustrator one simply drags it to the brushes collection and applies that brush to a drawn curve.

In Inkscape a few more steps are needed. Apply Path > Combine to make the lines to a single combined path. Copy it to the clipboard and use it as the pattern in Pattern along Path dialog.

The “wave” in the middle is a path drawn with the Bezier tool (a.k.a Pen) and in the bottom it has got pattern along path.

Illustrator unfortunately doesn’t have any simple way to generate the needed non-uniform tiling of vertical lines. One must place the lines one by one or program their places as script. Or one must use Illustrator’s functions in an unorthodox way. Just one example of it:

The density variations are predictable – one can calculate the needed spine curve. I skip the math here.

The original 2 lines on the top have got 2 different interpolations. In the middle the exponent is zero. It makes uniformly spaced set of lines like blending in Illustrator.

The bottom version has non-zero exponent for non-uniform distribution. The result (= only a part of it, the densest end is partially deleted) was inserted to continue a tight, but uniformly distributed set of lines in the pattern along path example above.

Know that with these hints making even a visually resembling copy of the wanted image is a hefty task and it’s probably unreachable to make a copy which also authenticity inspection programs see identical with the original.