I’ve followed this tutorial to get 2 corner rounded rectangle.
However, when I try to union those two halves of rectangles back, 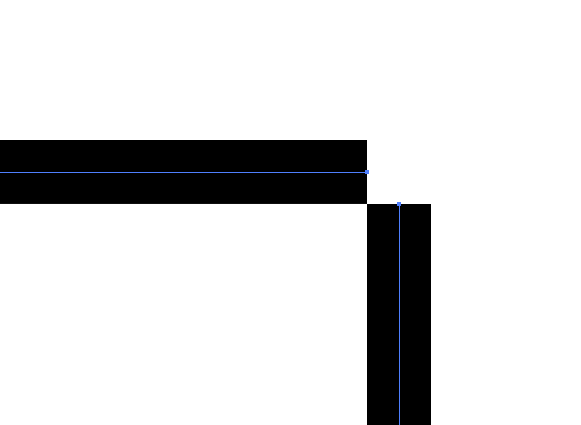 then on upper right corner I got the following

Merged lines are going exactly to the center of rectangle. The bottom left corner looks like this:

What I want is to get 90 degree corners, just like before cutting rectangle with scissors.

Don’t use Merge. Pathfinder operations such as Merge are meant more for shapes, not paths. Pathfinder isn’t really aware of strokes and doesn’t attempt to combine or alter strokes as well as it should. Essentially, only use Pathfinder when you want to alter full shapes, not merely strokes.

To average and Join in one step, you can use a shortcut. Select both the end anchor points and hit Command+Option+Shift+J (Mac) or Ctrl+Alt+Shift+J (Win). This will average and join the two points in one step. There is no menu item to do this, only the shortcut will do both at once.

There is also a free script for Illustrator to round any corner which makes the entire processes of what you are trying to do much, much easier. And there’s the VectorScribe plug in for Illustrator which contains a feature to allow dynamic corner rounding (this is what I use).