I have been using a letterpress effect on the buttons and titles of my website to great effect, but now I’m trying to incorporate a glow effect for mouse overs and such.

I have been trying to implement this myself in gimp but have been failing miserably (I’m a full-time programmer with an eye for design but not much actual skill :S)

What I want to achieve is an effect like a fluro LED light was turned on inside the pressed letters, I have been using this Tutorial to create the letterpress images.

These images are similar to what I want to achieve (but inverted as in the letters are holes in the wall and the lights are glowing out of them!) 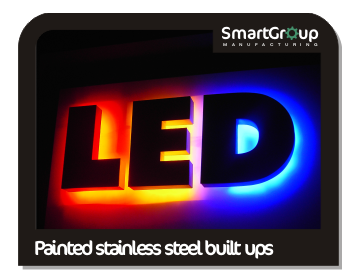 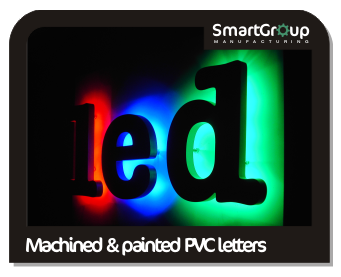 This is what I have achieved so far but not quite good enough for my liking! (It should probably have the glow inverted with the brightest area being on the inside edge of the words and the darkest area in the middle and its not quite bright enough!)

This is the button without the mouse hover glow

Any help with step-by-steps, tutorials or videos to achieve this effect (either for gimp or photoshop) would be great!

I used Photoshop but have done my best to relate the steps back to the Gimp tutorial you provided.

1. Start by making a new layer filled with white. Then, in Gimp, use “Text to Selection” on the base text layer to removed the letter forms from the new white layer. In Photoshop, Ctrl + Click the layer.

2. Next, blur this new white layer. In Photoshop I used a Gaussian blur with a radius of 10 pixels.

3. Again use “Text to Selection” on the original text layer but this time mask or delete everything that lies outside of the letter forms. In Photoshop, you can easily do this by inverting the selection (Select > Inverse or Ctrl + Shift + I).

5. The affect can be further intensified by any of the following methods.
1: Duplicate the new layer and adjust to the desired opacity.
2: Lighten the hue of the original text layer.
3: Hide the “gradient to transparency” layer from the original tutorial (pictured).