I’m currently designing a logo for a friend’s new business. I’m much more of a UI/UX designer than a logo designer (also a very bad drawer!), so I’m struggling.

I searched a bit for inspiration and I tried something I really enjoyed. Here it is:

I love it because it mixes the two metaphors of it’s company. The C/O looks like a planet and its moon passing by, while also illustrating the ‘core’ of the letter C. Also, the font is a bit Star Wars-like, as a bonus.

However, when we showed it to lambda people, they were not seeing the C and all wondered why it is called ‘Orellia’.

So I was wondering, how would you find the balance between the metaphor and the legibility of the logo?

If I design the C to be less circular, it breaks the planet/moon.
I could also get the C/O out of the logo and write the Corellia word next to it or beneath it, but I feel it lacks concision and efficiency.

First of all, thanks to all of you for your critiques and help provided, it was really great !

Time being a constraint, I could’nt afford to try every one of your solutions. However, I tried to upvote every solution that helped me.

For the record, here’s the final logo delivered:

So I focused on the C which was the letter people were not seeing. I moved it on the left and also went for slenting edges. So it looks more like a C and the O is no more as obstructive.

The metaphor is a bit less obvious, but the client (my friend) is happy with it.

Your logo is great as it is, congratulations.

You only comitted one sacrilege, posting a tiny resolution image compressed with JPG… Shame! n_n

I am not going to explore “new” options (sorry guys) Instead, I am going to try to analyze your logo.

The confusion could be between two elements.

You have room to play with the imaginary letter spacing from the C to the other letters. As you can see, it is pretty close. 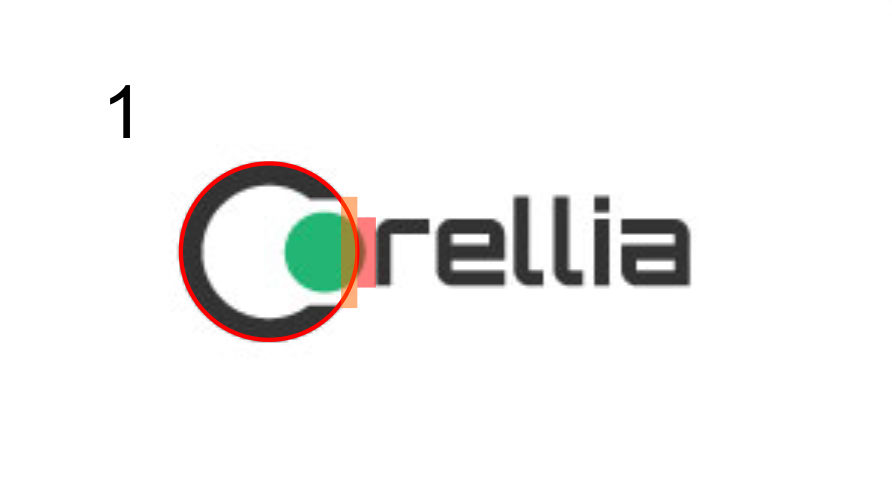 The other element is very subtle. You did it right not using an outline of the green dot, sorry, the green moon, but using a straight line, which makes the C, not an O just cut out from this outline.

But it probably still depends on much of the symmetry of this two elements. 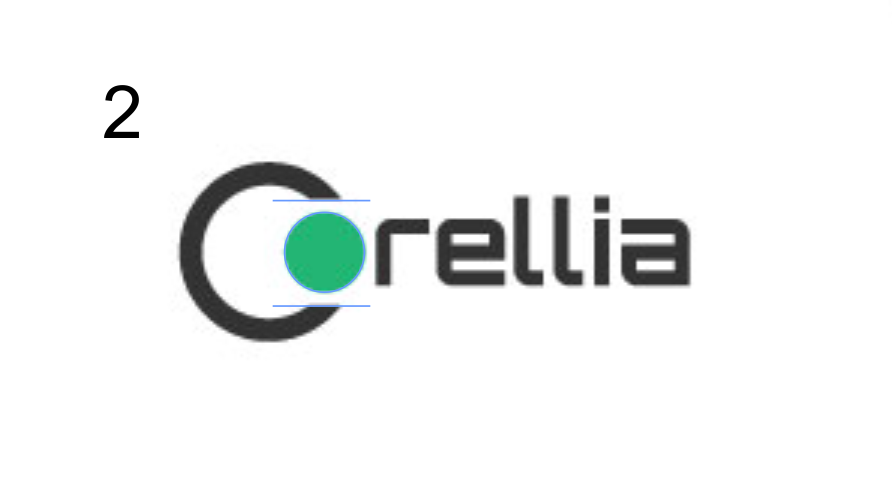 So, play with this. 1. Space, 2 the size itself of the moon (space) and the angle of the borders of the C to disassociate it more from the moon.

Here are two examples where I am trying to break the symmetry between this cut and the moon. 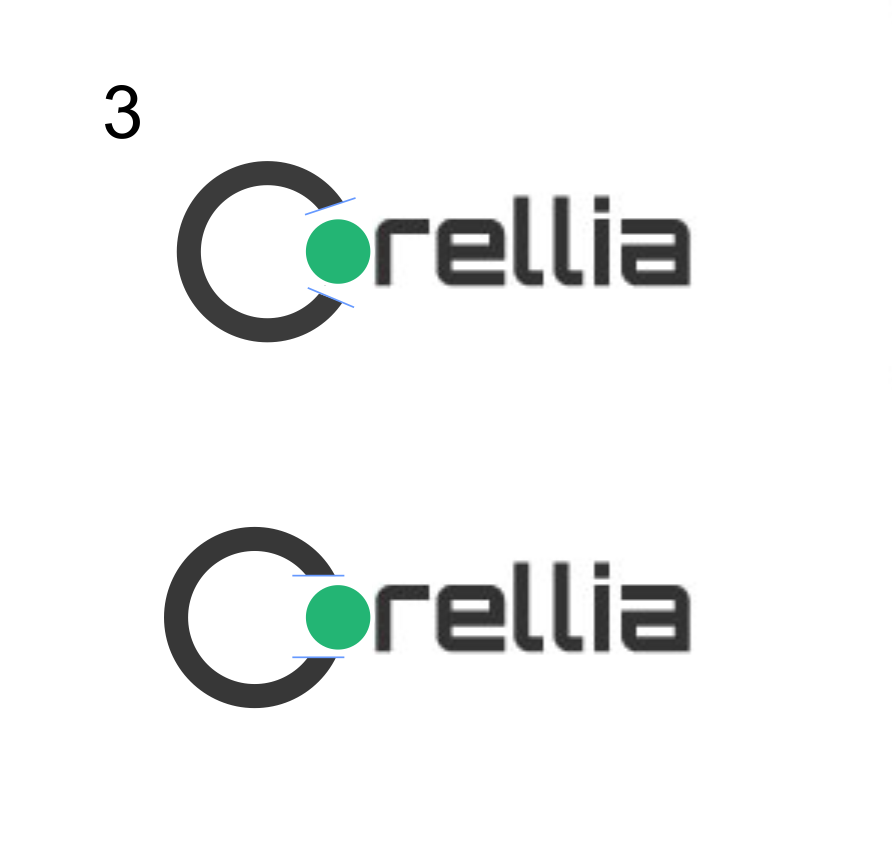 Play with this elements and find the balance you want/need.

But aside note. Do not expect EVERYONE understands a logo or even read the same.

A logo should positioned itself using it over and over and using it with some other elements, like slogans, and the company name next to it so, people starts to associate ideas.

What domino has to do with a pizza? Is the arrow of amazon a weird cartoonish smile like Alice in Wonderland’s cat? Is the Nike swash based on a right answer on an exam?