The problem is that my Macbook shows that the hard drive is still using an amount of space (22,2GB) used by photos: 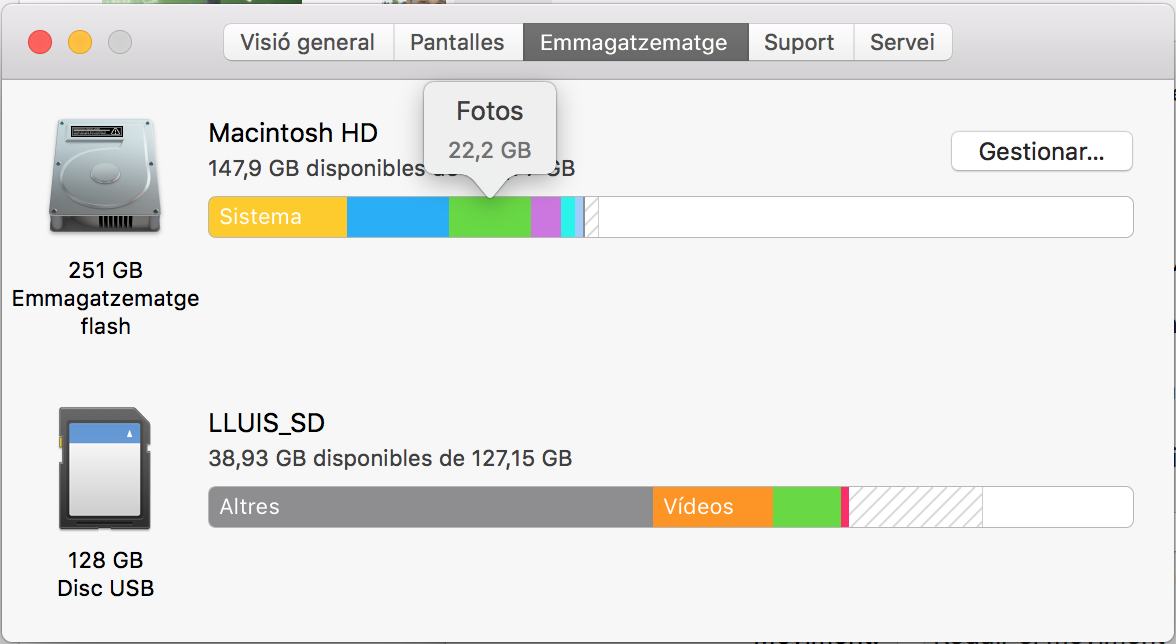 How could I solve that?

This is a bug and I can reproduce that on macOS 10.12 and macOS 10.13 and I have filed both feedback and a radar (developer bug with Apple) to remedy it.

My thought is that the process that reads the space occupied by photos libraries isn’t smart enough to detect that the iCloud or system library isn’t on the boot volume.

Until Apple fixes their code you could not store the photos off the disk or understand that the summary calculations are wrong. One might assume that if enough people report the same bug, it might get more weight when the list of bugs to fix gets reviewed – but I can’t speak for how Apple in specific decides which engineers work on what tasks.

For me the 109 GB of green “photos” exists on the volume Data and not on fast – despite what the visual shows. 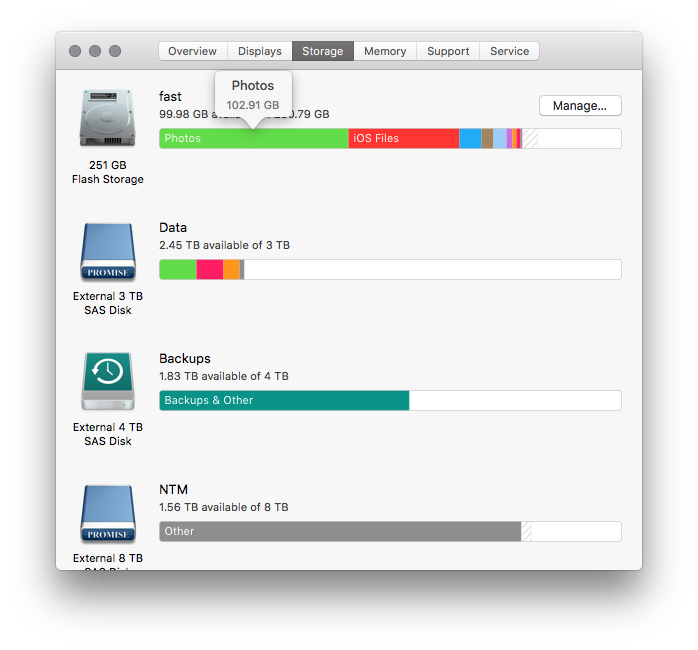