In other words, I want to draw my layer A into B but make pixels in B that correspond to transparent pixels of A also transparent. And I cannot select transparent areas by hand and then delete the colors inside the selection because the image is a drawing (like my avatar) and is too complex.

There are two ways to make one layer use another’s transparency in Photoshop. The easiest way is to use clipping masks. A clipping mask makes exactly that: make the layer use transparency of the layer beneath it. This is an example of two layers, a blue one over a red one (as you can see from the layer panel), where the red one has a completely opaque half and 50 % transparent half: 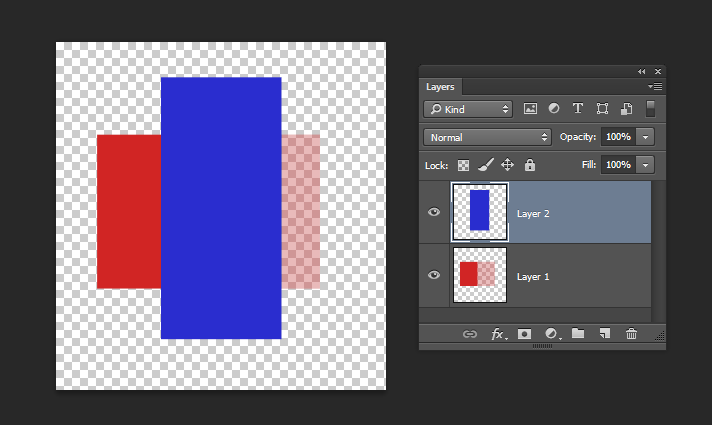 When you turn on the clipping mask (e.g. from the Layer menu), it clips the blue rectangle first to the shape of the red rectangle, and also gives the right half the 50 % transparency, as with the red rectangle. 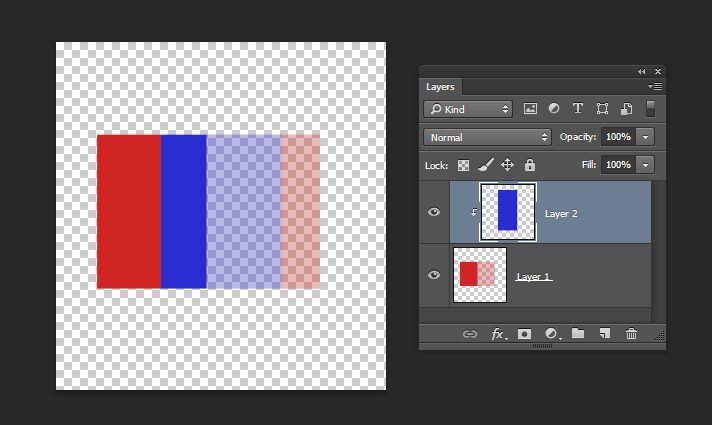 The second way is to use normal masks. The one difference is that with separate masks the layers are blended with each other, now creating a bit darker, purple shade (50 % red + 50 % blue). It also enables you to edit the masks now separately. 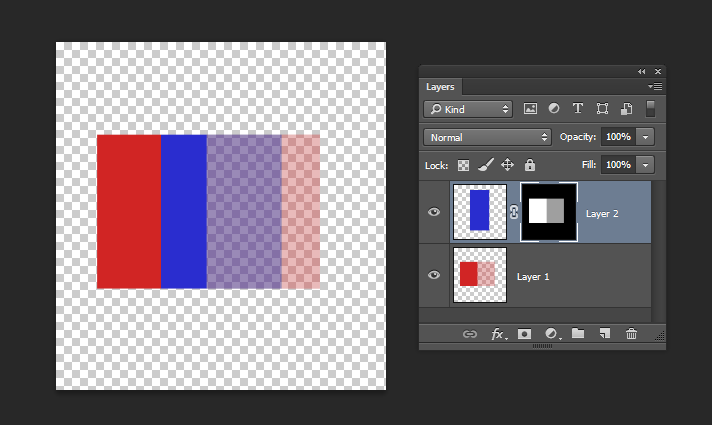 The second one is to first create a mask from the first mask’s transparency and then duplicate the mask.