I made a drawing, scanned and everything, but the remnants of my sketch (blue) have popped up and the lines of my final drawing are too indefinite. I want a solid black final drawing and the blue ghost must be removed. How do I fix this in Photoshop? 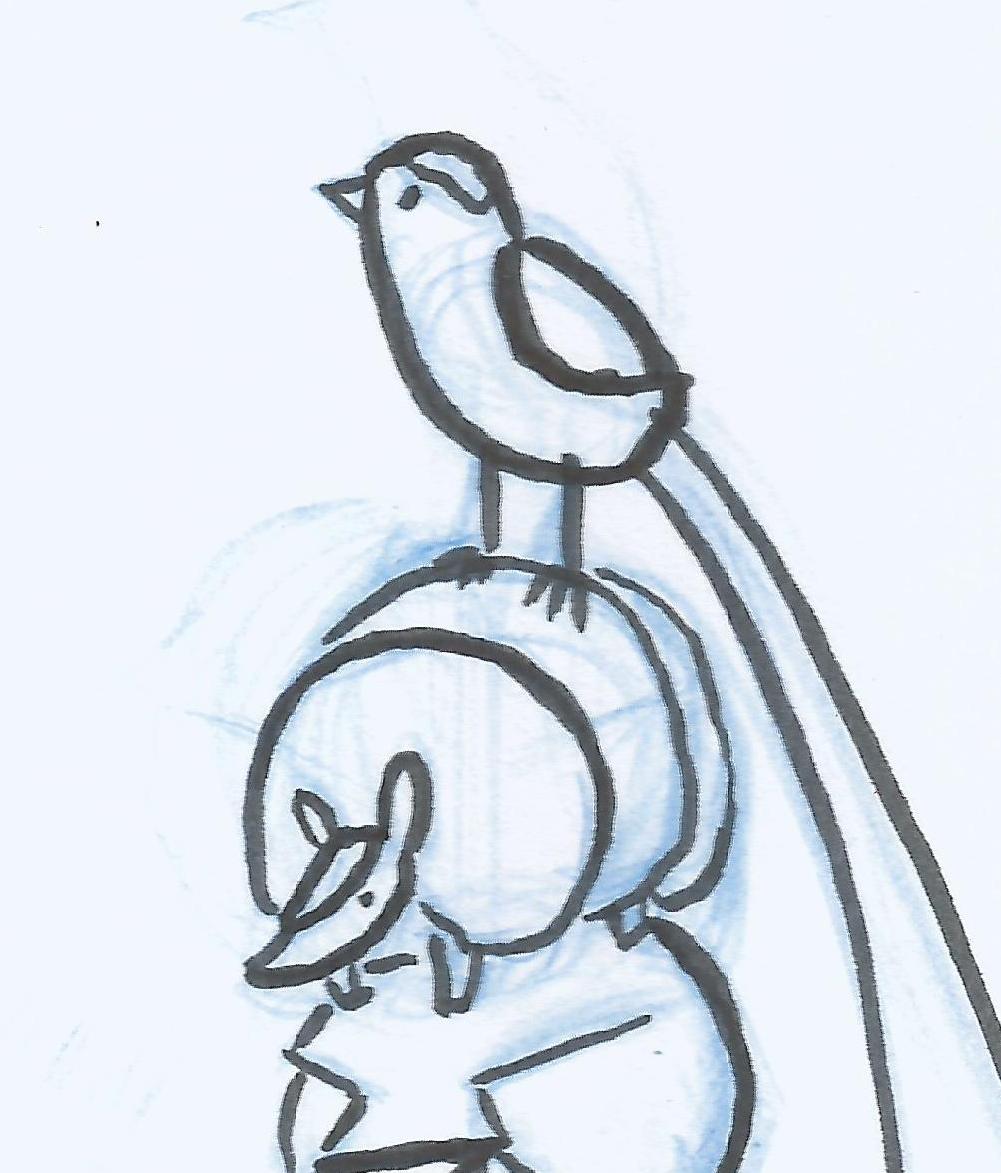 Here’s an inverted image, if it helps somehow. 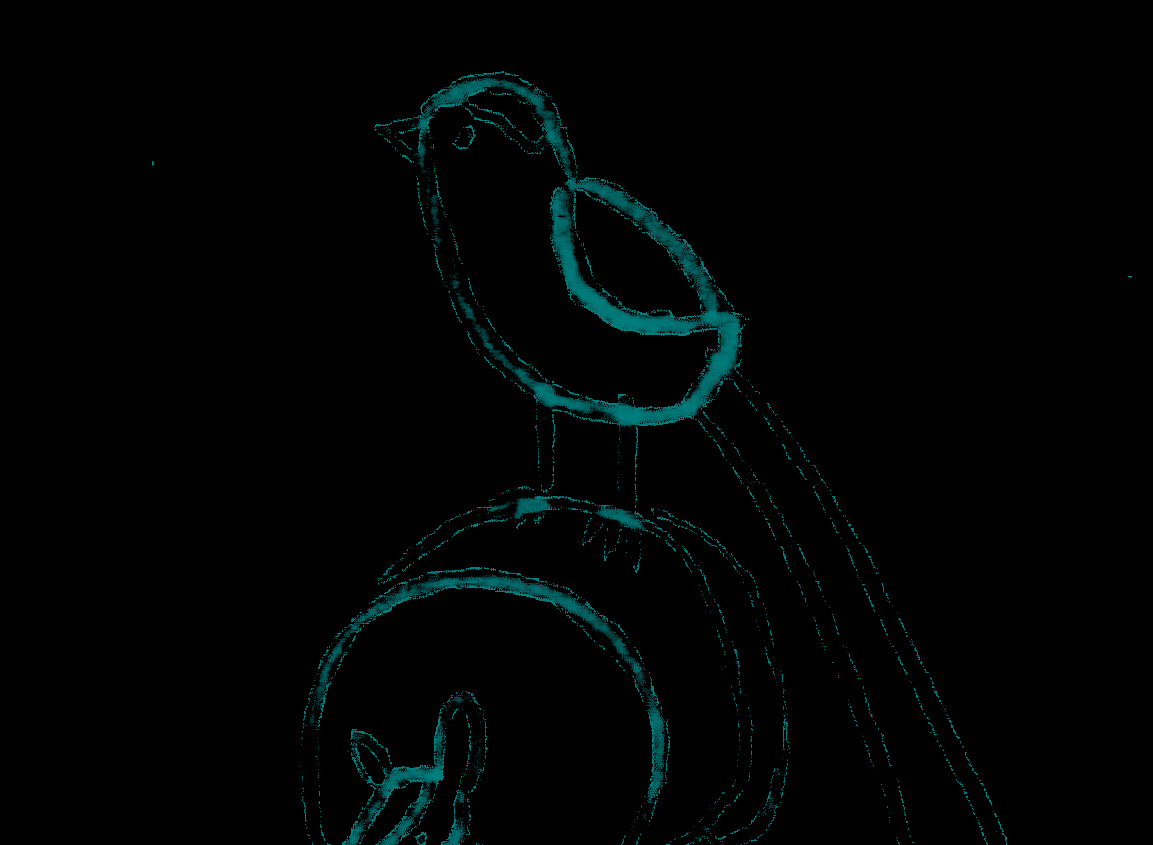 Create a new layer. Fill it with White. Layer → Layer Style → Blending Options. At the bottom is a Blend-If section. Pull the left side in on the bottom one that reads Underlying Layer: 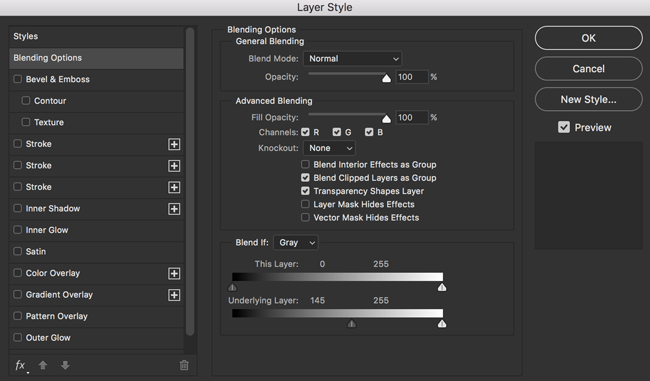 Create another layer. Fill it with Black. Do the same thing but from the opposite side: 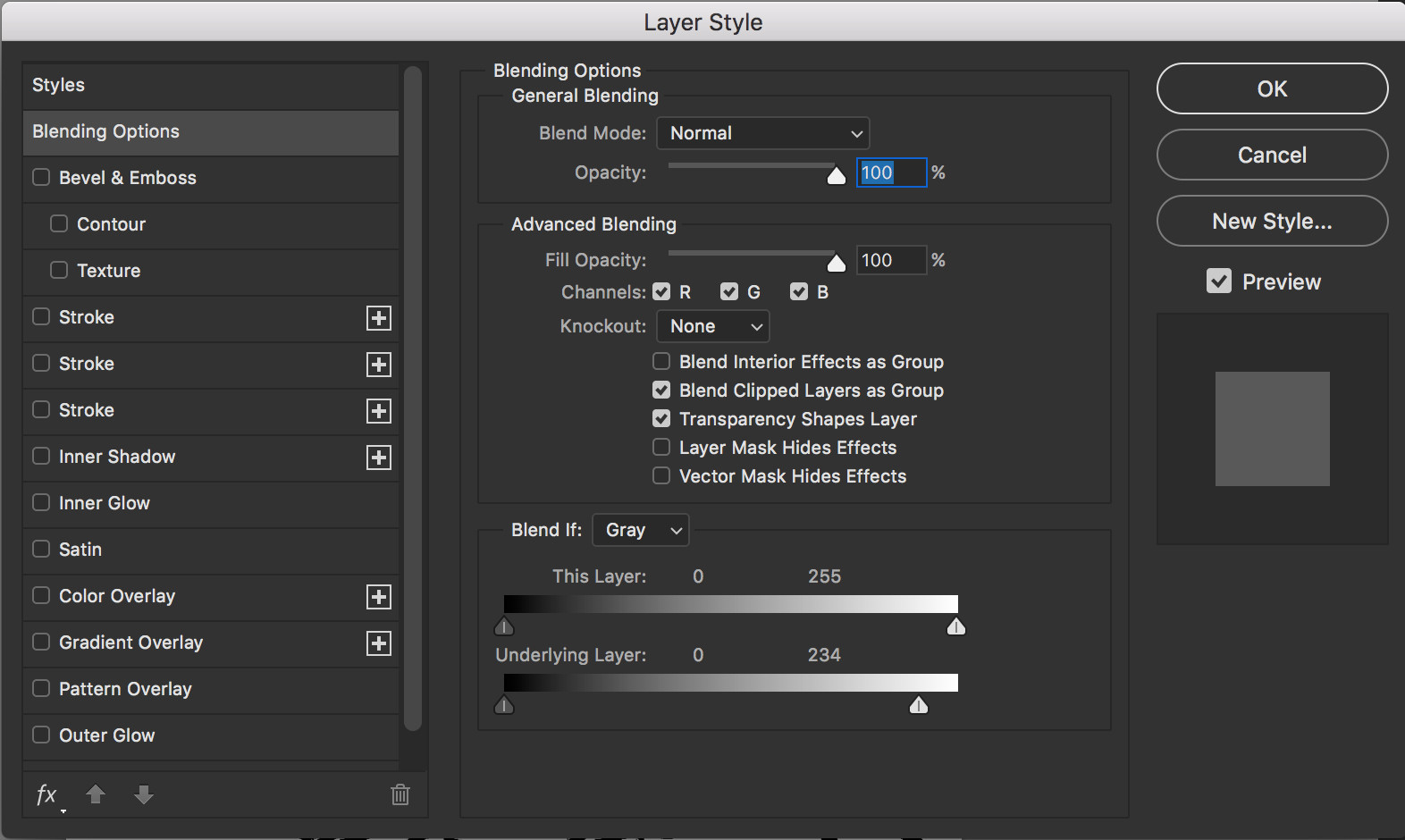 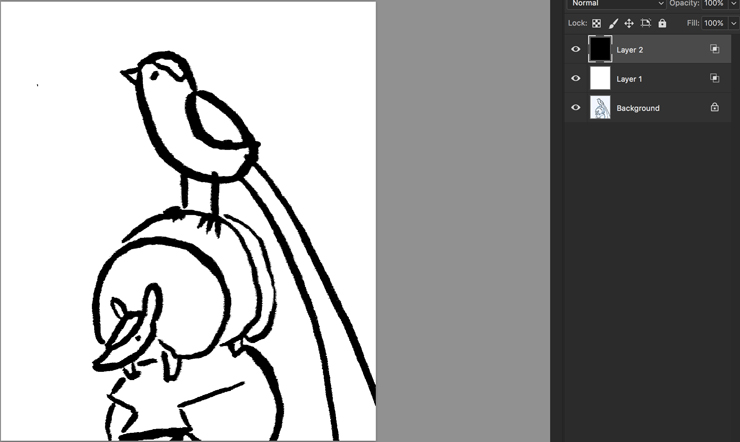 If you want to clean up the edges I would just go to the original drawing and use Gaussian Blur. You’ll be able to see it adjust as you go. Might want to duplicate it or convert it to a Smart Layer first so its less permanent.

Before Blurring close up: 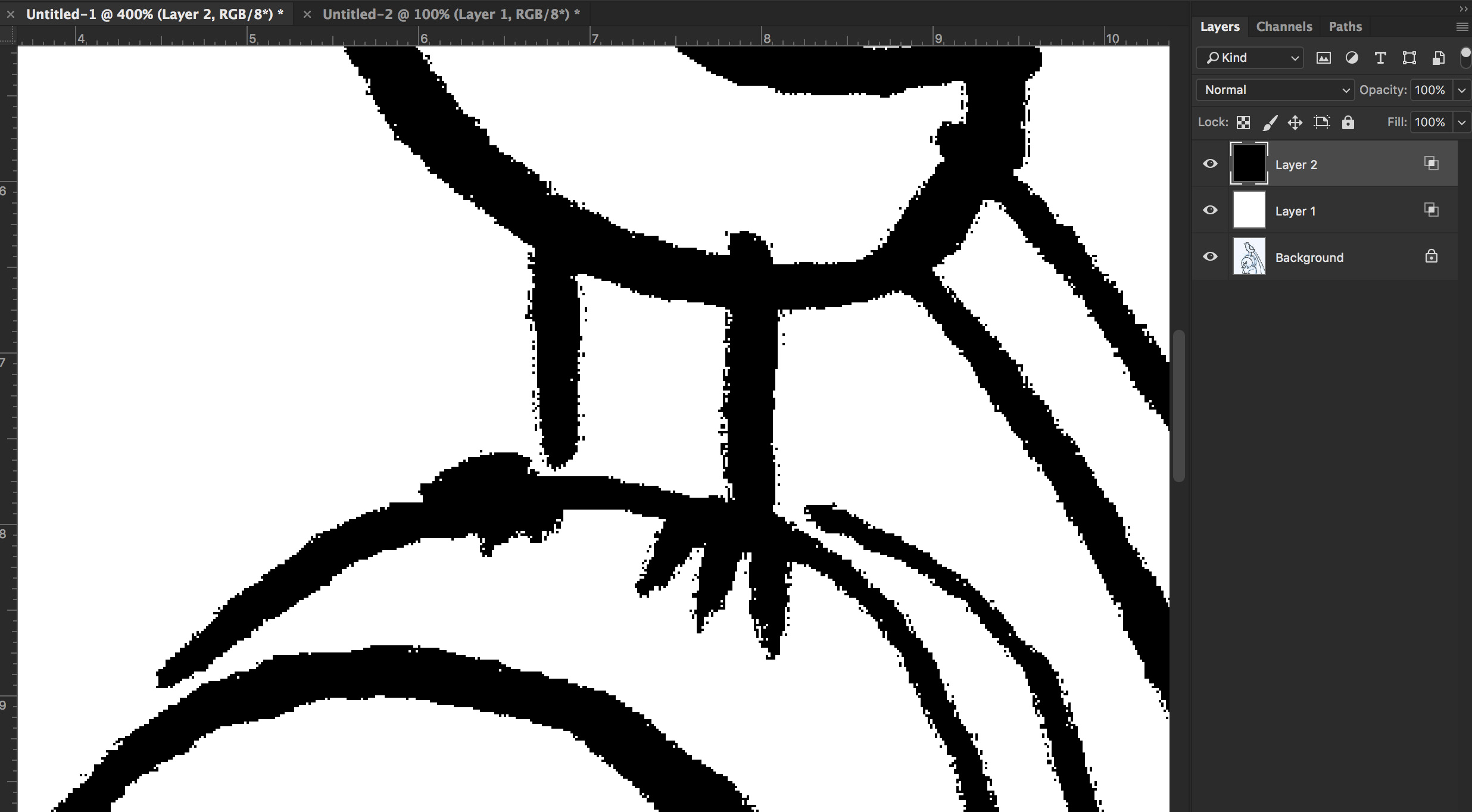 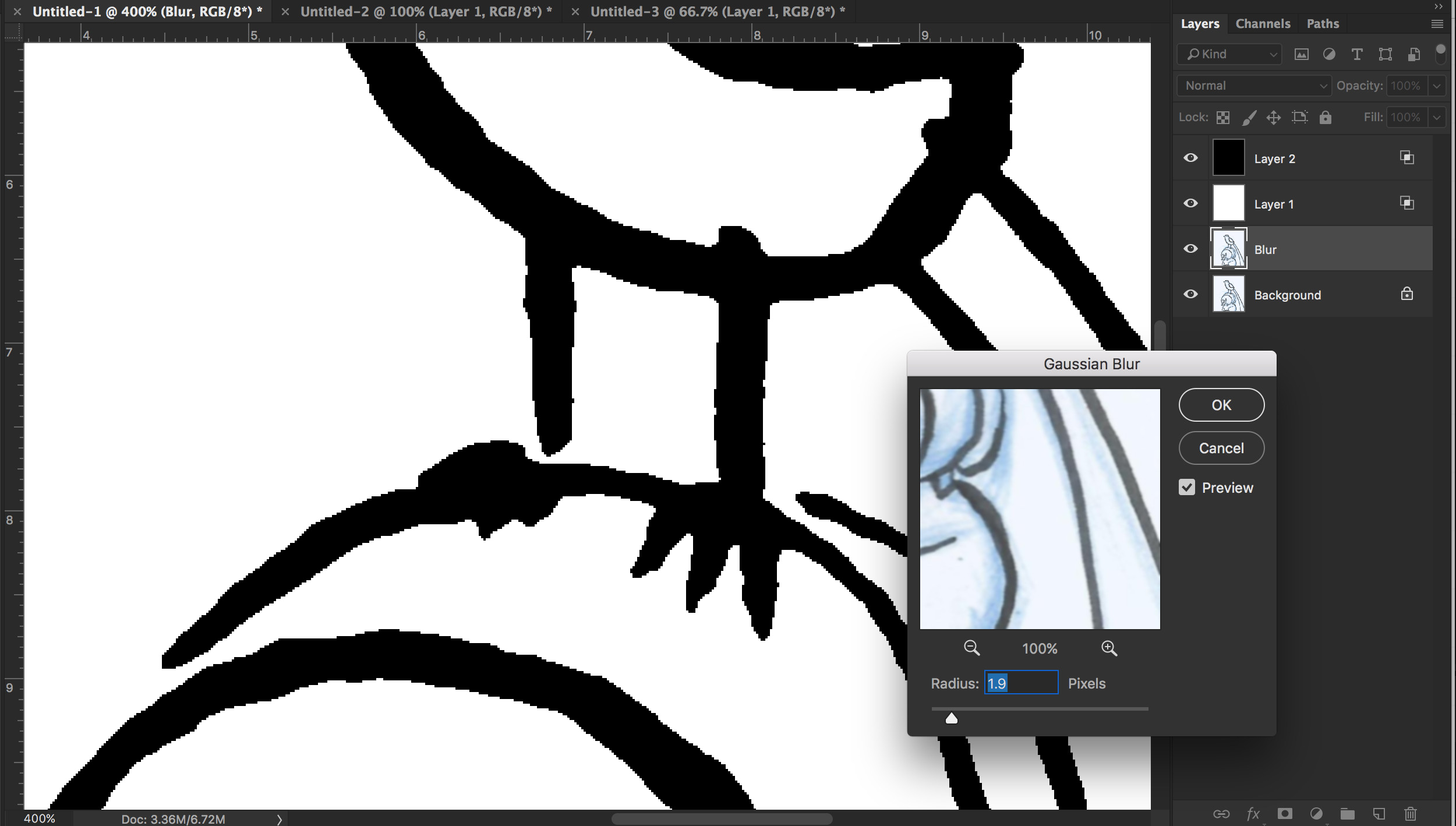 Now I would take a final step and combine all of those layers into one Smart Object and do a second, much smaller gaussian blur. The first one was below the adjustments so it remained solid black. This one is above those adjustments so what we’re doing is adding some nice anti-alias to it: 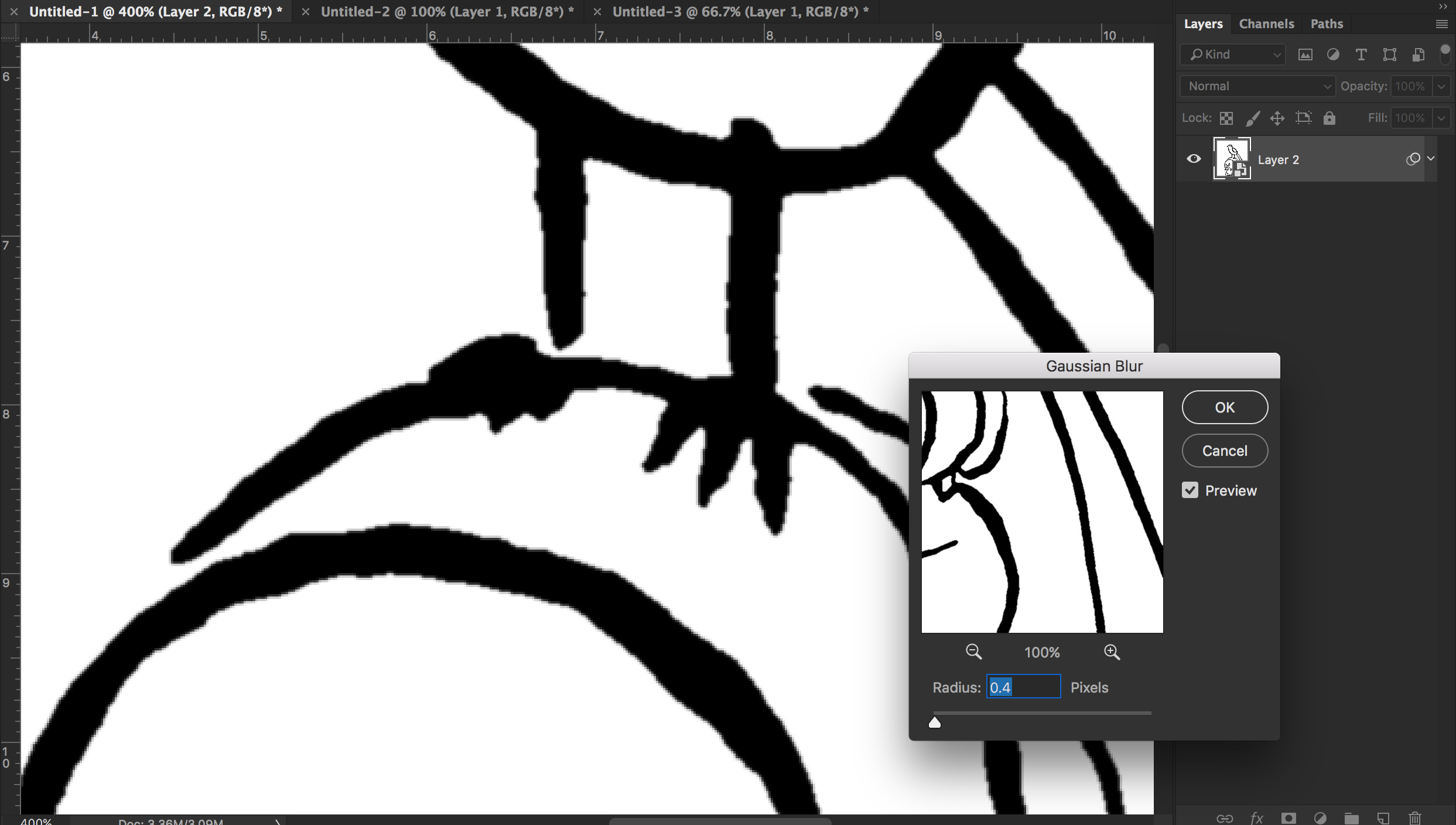 Which gives you the final result: 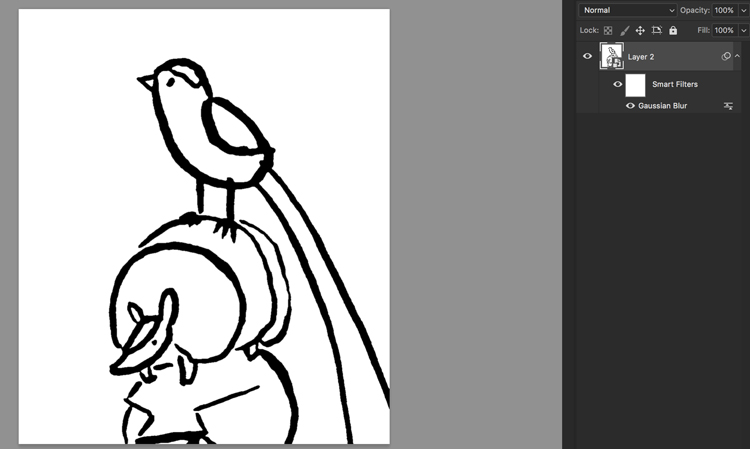