How do you move several objects radially in illustrator? I want to mimic an explosion effect.

In other words, I have several objects in illustrator and I want to separate them further. doing it manually is not an option as they are more than 100 individual objects. you can see an example of what I am trying to accomplish here:

I could also try to write my own script (I am comfortable at programming) though I don’t know how I could do that in illustrator.

If it is not possible in illustrator is it possible on another compatible program?

If you just want a random dispersion of shapes you can select the shapes and choose Object > Transform Each.. Then tick the “random” option and adjust the two “move” sliders…. 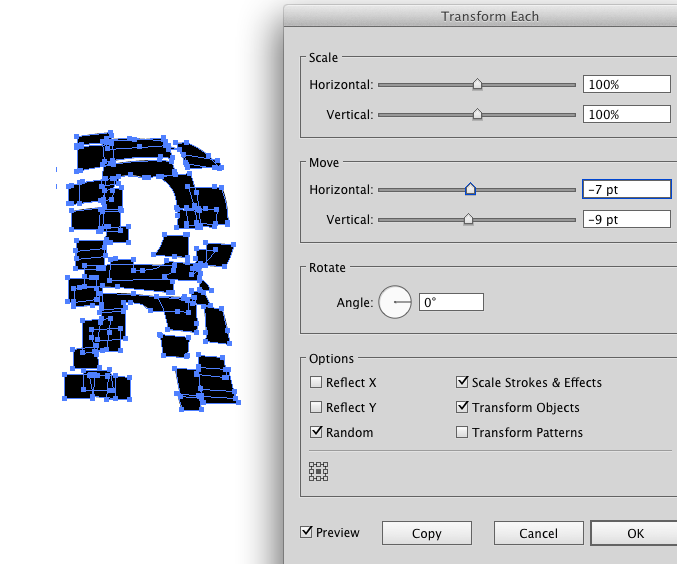 Each alteration of the move sliders (or angle) will result in a slightly different position for each object.

It’s difficult to move objects away from one another automatically without scripting, especially if the objects need to remain at their current size.

If the objects were symbols, moving and retaining size is a snap. But turning 100 separate objects into 100 separate symbols is no easier than moving each object manually.

You may indeed need scripting here… which I’ll leave to another answer form someone else I hope.