Does anyone know anything about this symbol? A name or meaning? Something religious?

I took the picture of the symbol in Hohensalzburg Castle in Austria. I can not find anything about it. I’m mainly interested because it seems quite beautiful by having these eight symmetry lines. I’m also publishing the picture as public domain and would like to know the name for that. 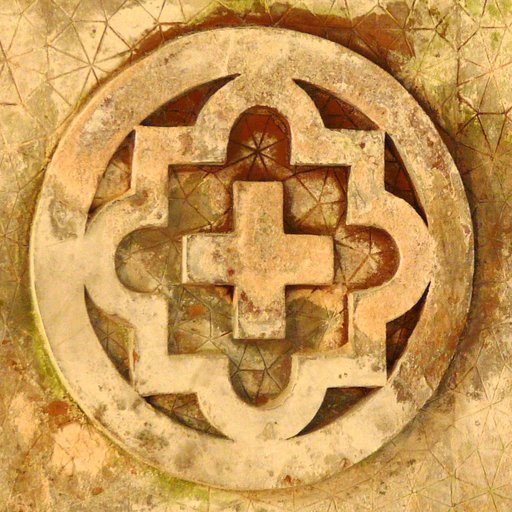 This is probably most likely considered a “rosette” and the style of the time period would be probably be called “Romanesque.”

As far as this particular design, I don’t know if it is a class of design, but it was built up using some very basic geometrical manipulation. The cross is an obvious choice from a cultural perspective as well as a geometrical perspective and culturally it was probably considered some sort of proof of a deeper religious truth laid plain by geometric principles. The three rings are most certainly considered an homage to the trinity with god being the circle and christ as the cross.

This is probably how they arrived at the final design: