Anyone knows why two different layers (a shape and a text) with the same opacity (54%), fill (100%), blending (normal) and color (#000) render with different brightness?

I have noticed that it is actually the text layer which renders wrong – so when grouping the text layer and setting the opacity of the the group to 54% it renders correctly.

May it just be a bug or do I miss something here?

I was finally able to file a bug report at photoshop.com – so if you have the same problem feel free to vote it up:

As already mentioned in the comments Chris Cox from Adobe replied:

Not a bug – it’s because text is blended using a different gamma in order to make the antialiasing look better.
You can disable that in the color settings. 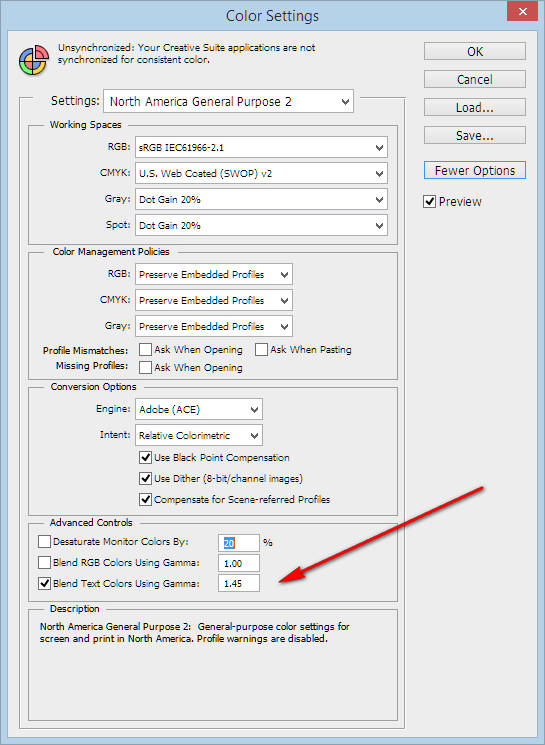 This has me really stumped!

After checking your PSD I decided to run some tests in a new document and I’m getting exactly the same results. Even after closing Photoshop, restarting and starting fresh.. I get the same results again.

I was sure this has never happened before but even opening old PSDs I get the exact same result, so unless your PSD has somehow affected Photoshop then I’m guessing this is a bug. 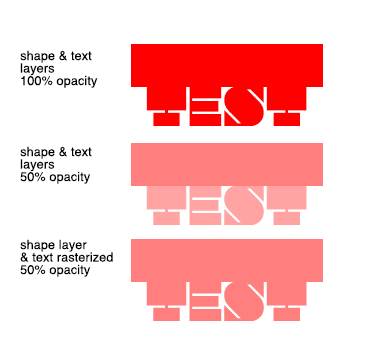 If this is a bug i’m surprised that I’ve never noticed and as far as I can find, nobody else has.

After further testing, it seems the issue only occurs in RGB documents. The issue doesn’t occur in CMYK, Lab Colour or Greyscale documents.

I also tested a number of RGB color profiles and all the profiles I tested reproduced the issue, although to varying degrees. The default sRGB profile was the least affected out of the random selection of profiles I tested.