I’m assuming that it makes sense to put larger rounded corners on larger elements, but how much larger? Is there a rule of thumb or generally accepted guidelines for how border-radius should relate to element size?

I’ve always looked at it that elements at the same level of hierarchy in the containment structure should have the same border radius. That way, then sibling elements will always play nicely when sitting next to each other, irrespective of their relatives sizes and proportions.

Then a toolbar that contains those elements and has a height of 40 to 50 pixels might have a border radius of 4 to 5 pixels, but it depends on the padding and margins so that the curves look good in close proximity.

However this doesn’t then mean that the outer container which may have a width of 800 should have an 80 pixel border radius. As you go up in the hierarchy, the border radius should be step increased, not percentage increased.

You let the inner controls drive the border radii from the inside-out.

So here’s an example. 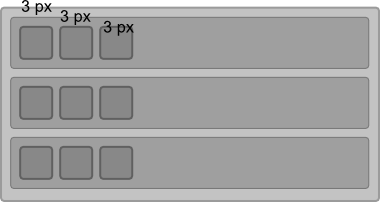 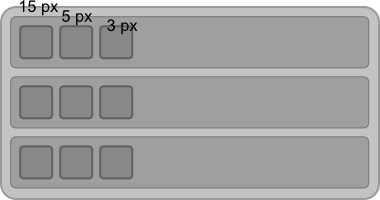 Increasing by step increments – the outer boxes are in synch with the inner butons – no single part looks out of place. 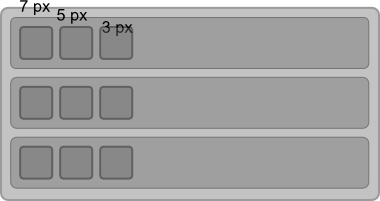