Referring to this svg:
There are 5 squiggles. Supposed I wanted to select one of them and the copy and paste it elsewhere. How do I do this? I’ve ungrouped it all but that doesn’t seem to do anything.

I just checked the file. These objects are a combined path. So, ungrouping will not separate them. Ungrouping only works on groups, and this isn’t a group.

You can tell if an object is a combined path or a group by selecting it, then check the Status Bar along the bottom. It will either say “Path” or “Group of x object”.

Example showing difference between a compound path and a group in the Status Bar. 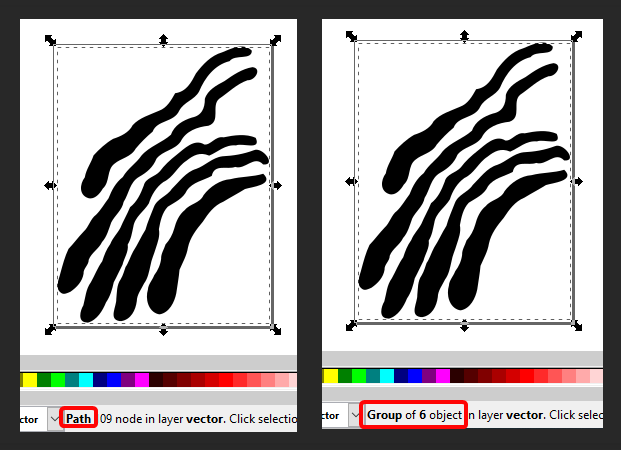 To separate a compound path, select the object, then and then do Path > Break Apart. Now you will be able to select just one shape, and then do Ctrl+C (or Edit > Copy) then Ctrl+V (or Edit > Paste). 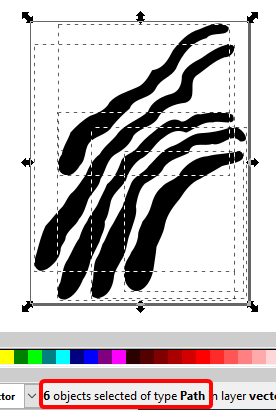 If you want to recombine these paths after making a new shape, select them all and do Path > Combine.

Compound paths are sometimes used to turn a bunch of shapes into a single path for example if you need to use it with some kind of digital cutter, or for use as a pattern along a path. If you aren’t doing that, you could just group them instead. Also note that a compound path can only have one fill and one stroke. Grouped objects don’t have this limitation, and each object can have its own fill and stroke colour.