When designing a logo for a client, do you offer multiple options, so 3 different logos for example? Or do you offer just 1? How do you price for these?

I agree in the main with Lucian’s approach, but will add this thought:

I will often provide three (3) early directions in sketching, and have the client make a definitive choice – they sign off on the early sketch they wish to develop. At that point, Lucian’s pricing applies as well – if they want parallel development of two differing approaches, they pay for the more time and effort.

When I present the next level of each path in development, I will typically then show two or occasionally three variations, with another decision-point for the client, on which they again sign off; at this point they also make a choice about whether to continue the parallel development of versions, and then I produce final product, which I then output in a full range of file formats, vector, raster, 3D and CADD. 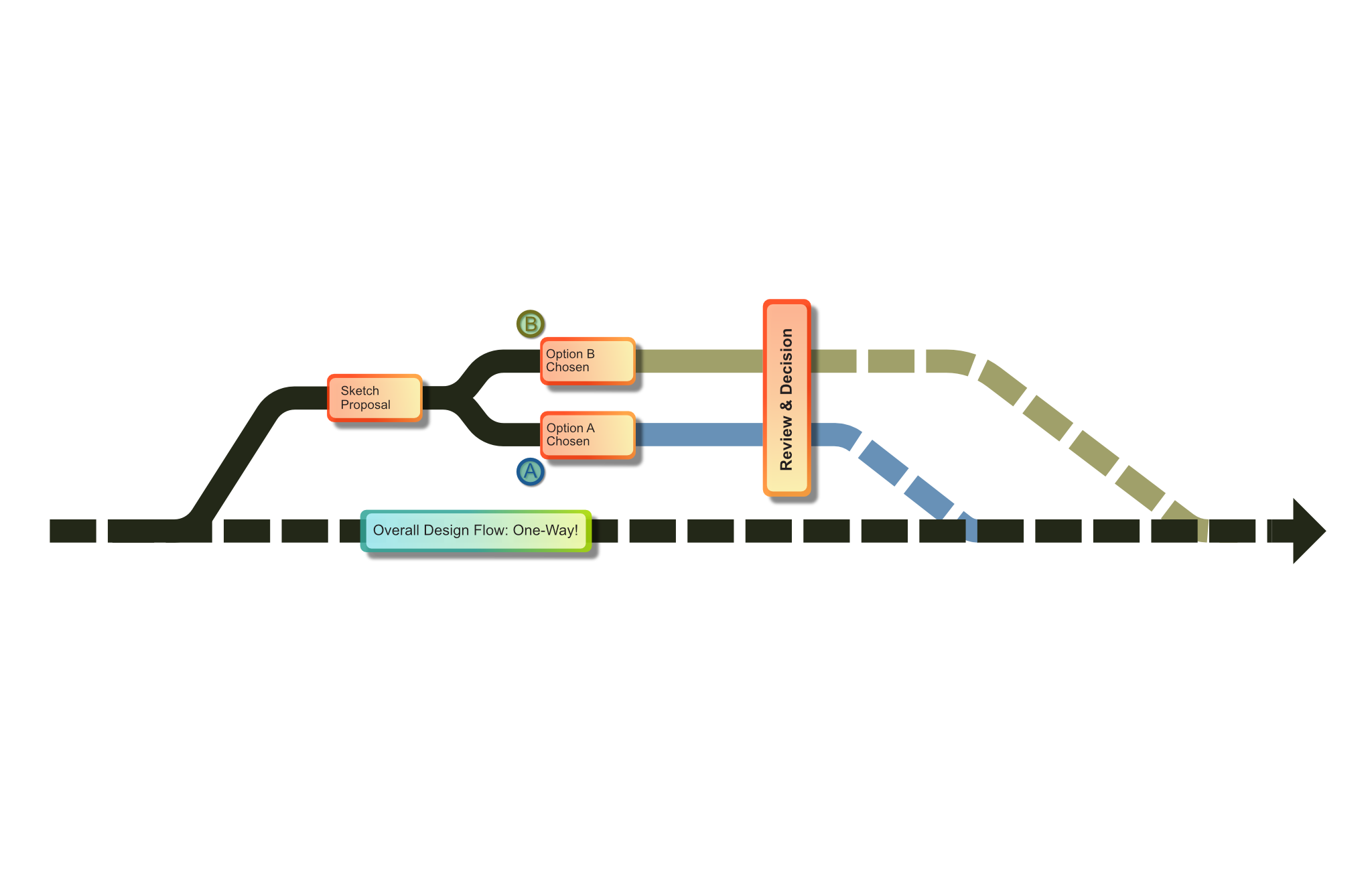 My approach involves the client understanding clearly at the outset that the design flow being one-way is part of what predicates their initial pricing structure, and that should they wish to delve into new meetings beyond the original scope, re-reviewing and / or marking up things which were already decided upon and signed off on at a previous stage, they can indeed do this, but must expect to pay for that privilege.

I follow a similar process flow for architectural rendering work too, and it’s all informed not only by my time in the world of graphic design, but also the way architecture manages design flow; in that milieu, violations of proper design flow can cost weeks of delay of the date of occupancy, and millions of dollars of missed rents for the Owner, hundreds of extra accrued person-hours and multiple RFIs and COs of construction cost for the General Contractor, and hundreds of person-hours of re-design and remediation time for the Designer or Architect – so it’s a massively big deal to everyone.

It’s also the one sure-fire way in the graphic design milieu to completely avoid the trapped in a review-loop hell which we read about here so often where the designer is stuck “doing one more last review” and “I haven’t gotten final approval yet” and “they’re putting me through the ringer and it’s taking waaaay more time than I planned / budgeted around, so I’m losing my shirt on this one” and so on.