A question was asked recently on another forum that made me rethink my understanding of vector formats. TrueType fonts are in a vector format and – I had previously thought – that if a vector editor was to present them for editing, it would present only the points described in the original font shape and, if there are curves, present appropriate handles at only those points.

I don’t see how one software package (Glyphs) can interpret a in Arial as 20 points and another (Illustrator) interpret it as 37 points when converted to outlines or expanded. I don’t have Glyphs to hand but can confirm that Illustrator did present 37 points when trying myself. The original poster provided illustrations of both outcomes as follows:

The a from Arial in Glyphs: 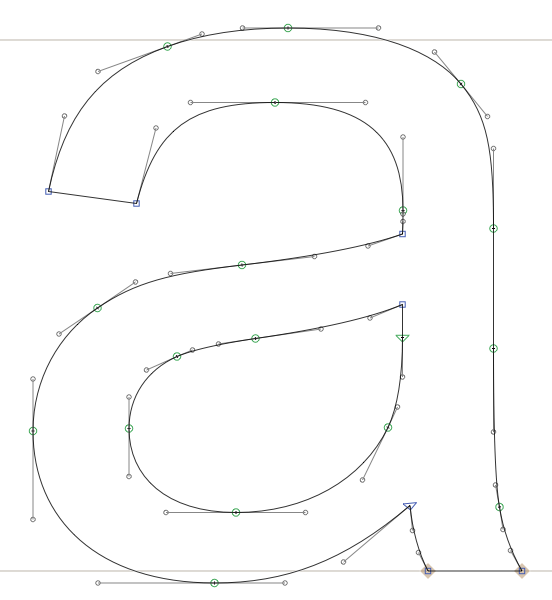 The word arial in the same font in Illustrator (focus on the points in the letter a vs the same in Glyphs): 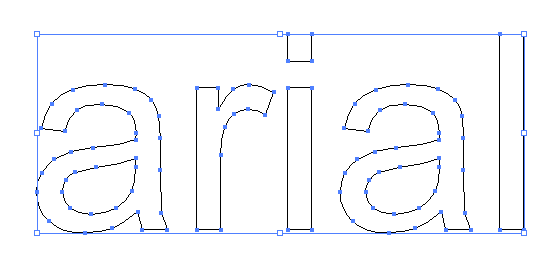 I understand the basic concept of vector image files; that the data is a series of coordinates for points and other information mathematically detailing the amount of curve (or lack of) between points. What I don’t understand is two things: 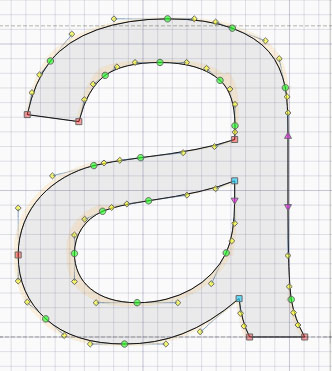 If you open the same font preserving the TT Outlines (in this example, opened in FontLab Studio 5), you get 37 nodes (remember, there is an implied node between successive control points): 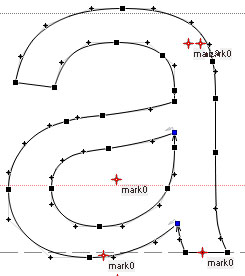 In illustrator, type is most probably handled by a type engine that preserves the outlines format, and the quadratic points are just translated on the Create Outline command (try creating the outline of the bullet, a circle: it will create 8 nodes, coherent with the quadratic subjacent format…) Hence, more points are created. Here, in illustrator cs6: 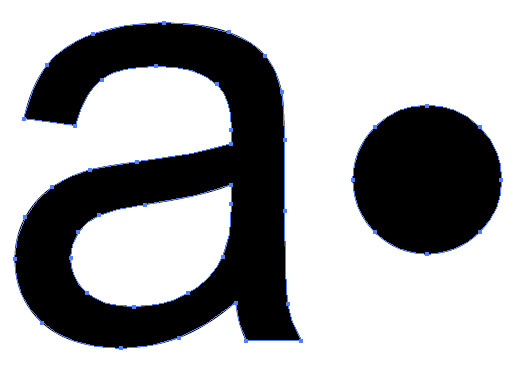