I am trying to understand the principle behind making this effect: 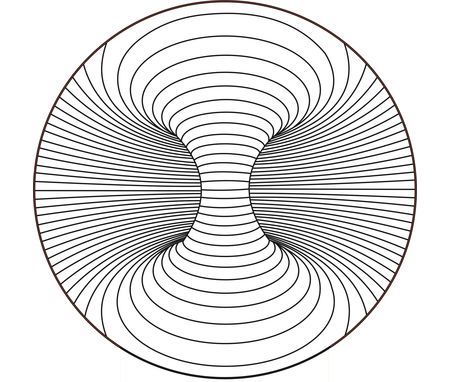 I normally work in Adobe Illustrator/Photoshop and but I am falling short of making anything like this.

I’d like to be able to make similar vector designs with different variations.

Any help on how to make it and suggestions to other programs, if needed, is super welcome.

Actually you got an answer as a comment. I only tried it. It was simple to make a torus in a 3D drawing program – only revolve a ring around a circle. Unfortunately I have only some simple freeware. It runs out of steam as soon as something non-elementary is needed. In this case I haven’t freely placeable and adjustable camera to get the wanted view. The only way to see inside is to cut a hole (=split body with a plane): 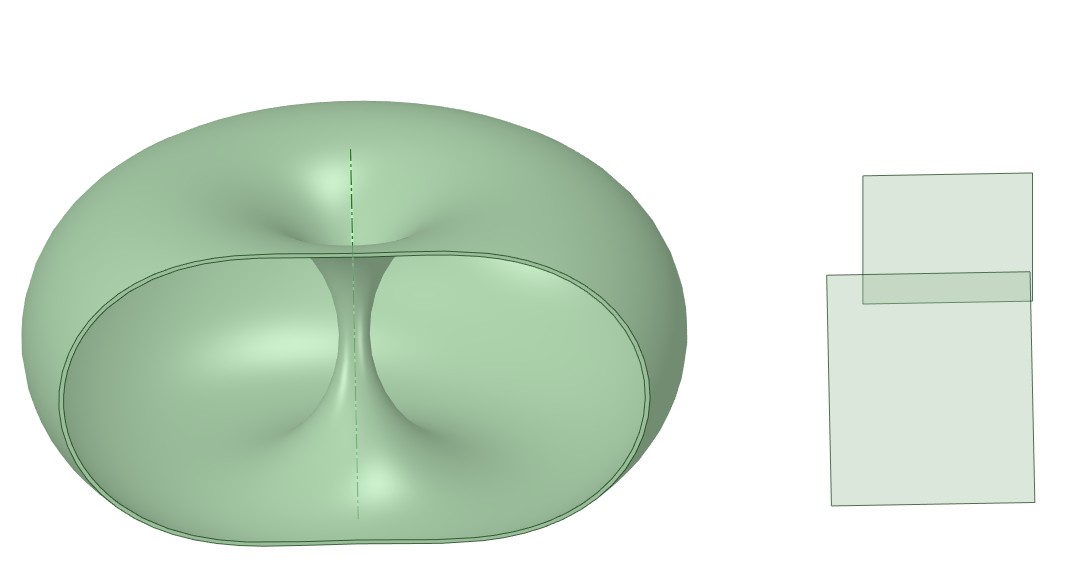 It was possible to saw the body to pieces with a bunch of horizontal planes. Then a wireframe view contains some wanted curves: 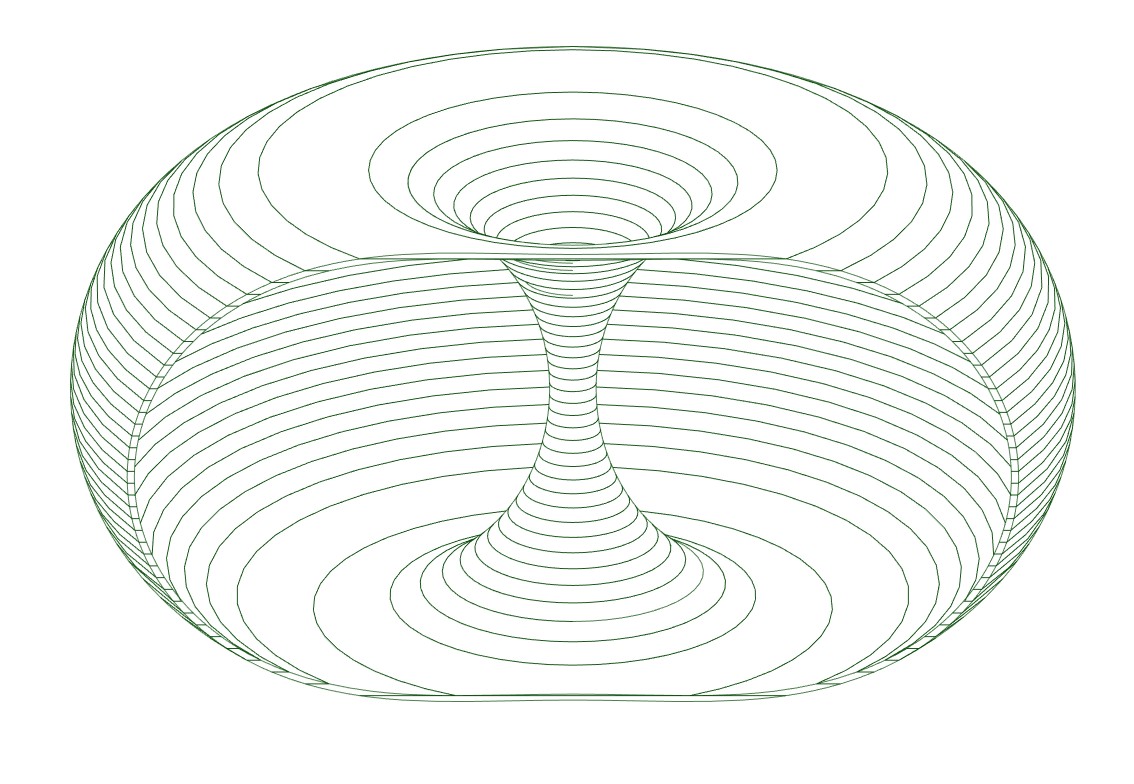 The idea was to save the wireframe as a PDF, open it in Illustrator, take the bottom half, delete unnecessary parts, fix the background ellipses and draw a few more manually. This way one could get a bottom half which can be duplicated to get the upper half. More curves were needed to make the top of the bottom half horizontal.

The job wasn’t easy (except deleting the extras). Inserting ellipses only visually with no math rule creates easily somehow uneven spacings. Even looking spacing doesn’t mean uniform spaces. Maybe blending could be used, but I finally drew nearly everything manually, only the center tube had several usable curves.

Here’s the result after a clipping mask was added. I selected a couple of drawn ellipses to show them behind the clipping mask:

Because my trip via 3D wasn’t productive due poor tools, I think it’s useful to find how to draw also the center tube in Illustrator: 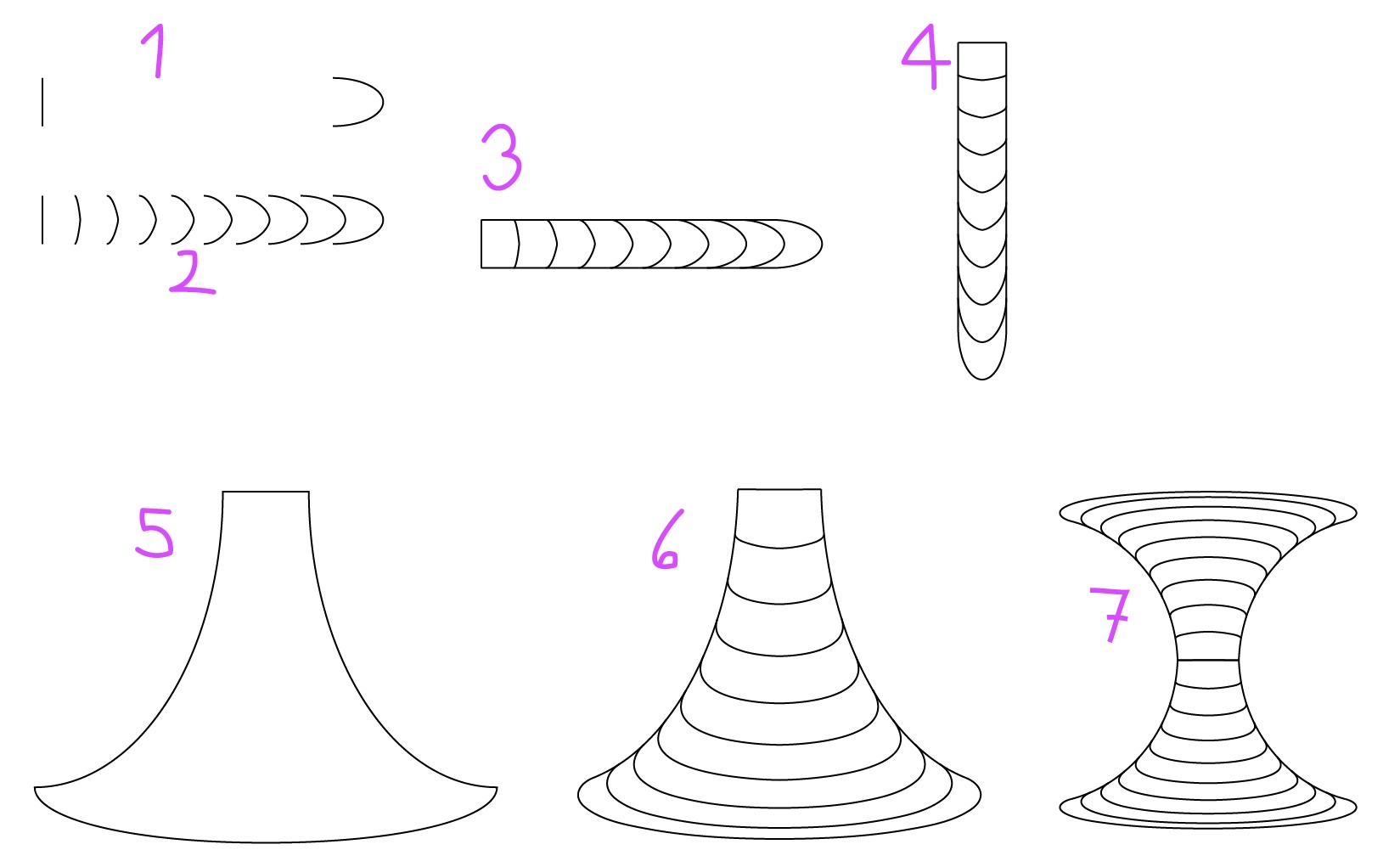 In 6 the two lowermost curves seem to be unplausibly flat. After expanding and ungrouping they can be stretched vertically to more plausible shape:

This is still not geometrically perfect. Generally one cannot expect blending nor envelope distort knows what kind of 2D projection of 3D shape is wanted.