When saving a file for print I check in Bridge to ensure the correct swatches are present: 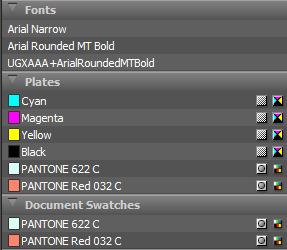 However to get to that point, I cleared out the Swatch panel. Otherwise I might get something more like this: 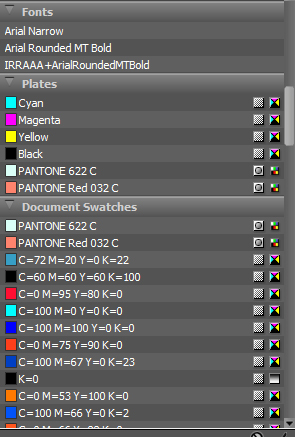 which was generated as part of the following panel, where some of those swatches aren’t even in use: 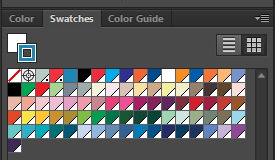 Should I even be worrying about Document Swatches as long as the plates are correct? If so, which is the best practice:

But as most of my printers prefer a PDF workflow, I generally don’t worry about it. So far, I’ve not had any issues.