I was reading this other question in GD.SE and suddenly realized that I don’t know what exactly defines a technical typeface. It is very clear to me what defines a serif / sans-serif / cursive, but how can I describe a technical font like FF Din or Eurostile or the others depicted below? Or am I just digging too much and these are simply “geometrical” sans-serif fonts? 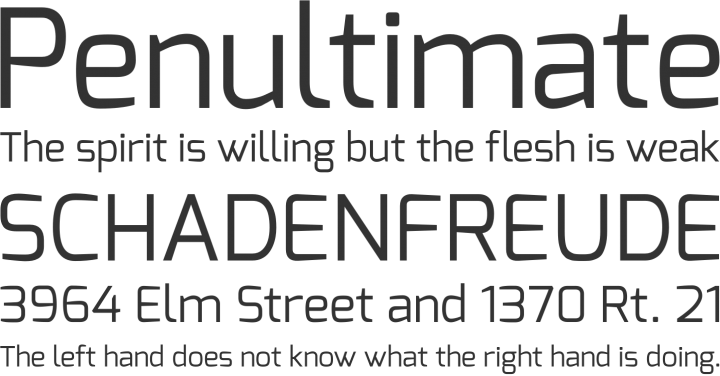 Technical would be a standardized font for drawing technical documents, road signage, license plates etc. Or a font that mimics technical lettering. This is not widely known definition but it is defined enough to have a semi accurate meaning, just do not expect all graphics designers agree with this.

Examples of this would be osifont which is a font based on the ISO 3098 standard which defines how letters are to be drawn in technical drawings. Technical drawings should use a font based on this specification, sometimes mandated to use. The idea is that anybody can construct a font like this. Also they were originally hand lettered. Different counties used to have their own standards.

DIN (Deutsches Institut für Normung) also happens to be the name of the German standardization organization. First DIN fonts (DIN 1451) were originally commissioned 1936 for road and railway signage. And have many variants and standards related to them. Does not get much more technical than standardization, right. (the font standard is available here)

So the fonts have a very engineeringly background. And possibly quite many fonts have been influenced by direct standards work.