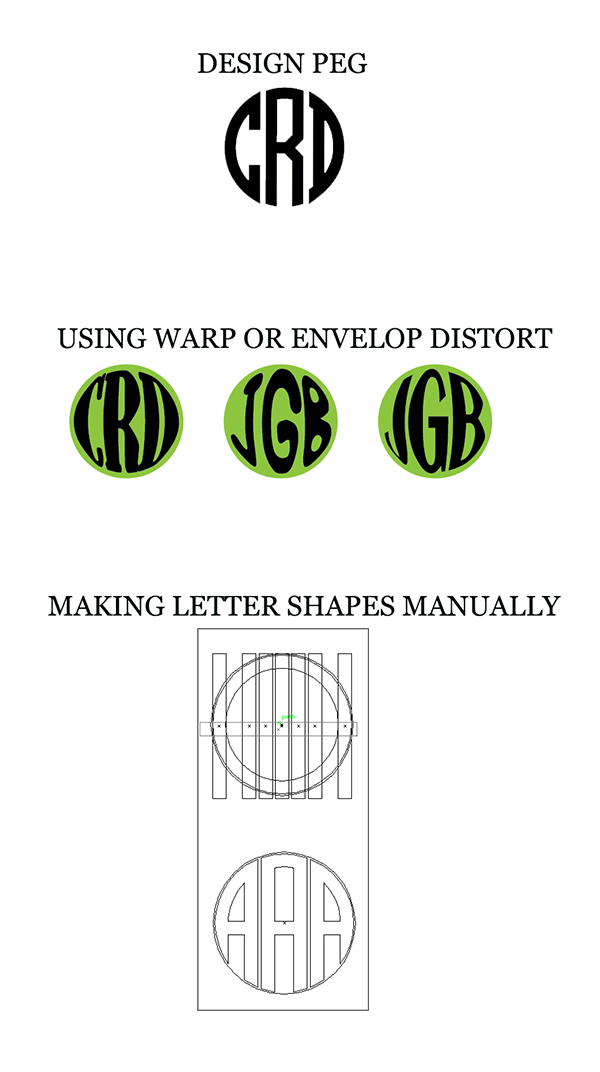 Ideally, the text should be editable so that any letter combination can be used.

I know I can do it quickly (and keep the text editable) by just using Warp (Photoshop/Illustrator) or Envelope Distort (Illustrator), but it doesn’t look as nice. The text is editable though. I included some samples in the linked image above.

I can do something neater and closer to the example by making the shapes manually, but of course the text isn’t editable. I’d have to make each letter, from A-Z, manually, in each position (left, middle, right). I included a wireframe example in the linked image above.

Is there another way for me to do this so I can still keep the text editable, while having the result look nice and neat like in the design peg? I was thinking that I’d really just have to do the letter shapes manually, because the design peg looks like that how it was done, but I may be wrong. If so, let me know if you know of a better way to do this. I may be missing on a tool or effect I don’t know about. Thanks!

P.S. I did try to use WhatFontIs and WhatTheFont to see if I could find the font used in the design peg, but I didn’t find anything close. That’s another reason why I think it was done manually.

The “best” way is to do it all manually. That way you can control stroke widths, curves and the fitting of the characters specifically for your shape.

If you want a quick solution, there’s always LHF Monogram Circle from letterheadfonts.com