You see this often in a store sign, headings in menus, and so on, but small words such as “the” or “and” in a all-caps heading sometimes appear with an underline, an overline, or both, with the affected words set with a smaller font, and the lines filling the space otherwise taken by those words.

What are these called? What are the design principles that give rise to such a design?

(I know I should provide an image, but I was unable to come up with effective search words.)

Catchwords have always been offered alongside standard alphabets in wood type catalogs and so often appear on posters as a decorative punch that they have become part of the wood type vernacular. Words like ‘The’, ‘And’, ‘To’, ‘For’, and less common abbreviations could be inserted into a design along with decorative ornaments or stars when space was tight or to add variety in the design. 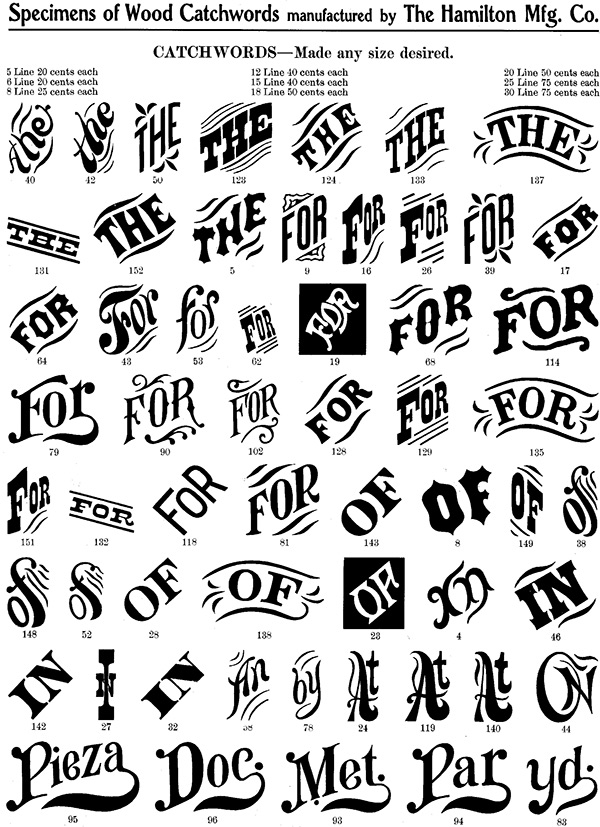 At the time of the manual typesetting, the characters were placed on a line, one by one and the other way around, following the order of reading. This tedious process forced to create new methods of composition to accelerate the process. This is how the linotype, monotype, and much later photocomposition arose until our days.

But while the system was only to use metallic mobile types and placed manually one by one, some homemade inventions arose.

In 1775 a metal type founder named Barletti has the idea of ​​fusing more than one character into the same metal piece, looking the ease of connection between shapes or the greater number of times a group of characters were used.

Such is the case of the double “f”, or the syllable “fi”, or the union of “st”.
To this new metal type that contains more than one character, Barletti gives it the name of logotype (from Greek logos: word) or polytype. These polytypes eventually give way to special types with the initials of the companies or trademarks and short words used very often. 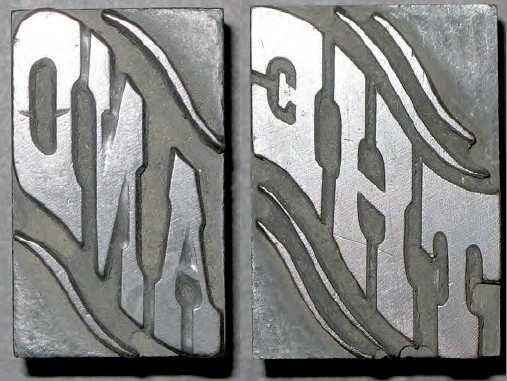 There are fonts with those logo words like hwt-catchwords 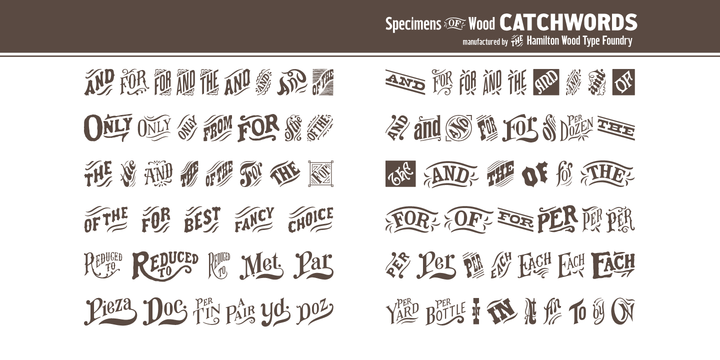 And fonts that include catchwords in their designs like Desire from myfonts.com 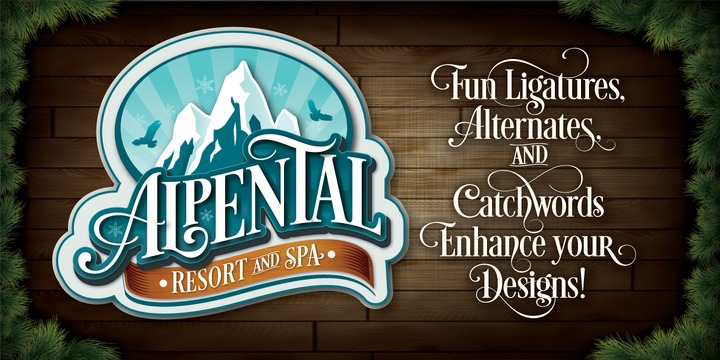