I’m the type of person who’s between a programmer (because I enjoy it) and a designer (because I have a sense for it).

I’ve been designing various websites in the past years and while they’ve been far from the ugly 90’s type of sites, they’ve never been as “polished”, or cool or “wow” as designers’ sites out there.

Some people have zero sense for design, I have some that lets me realise when a design is good or bad. But in either cases I don’t know why it’s good or bad. It’s only recently that I realised that the thing I was missing was design theory, the rules of aesthetics.
I tried to use some of them (golden number, 2/3, contrast, alignment, complementary colours) in the site below, but I’m not totally satisfied with the result, especially with the menu’s appearance, the header and also the “immersion” (I wanted to get rid of the flatness). N.B. the logo is fake just like the text, but is similar to the real one.

In brief: what can I do to give a nice polished look to this site ?

The live site. (best viewed not in IE)

Some of my thoughts about this:

Link to the image 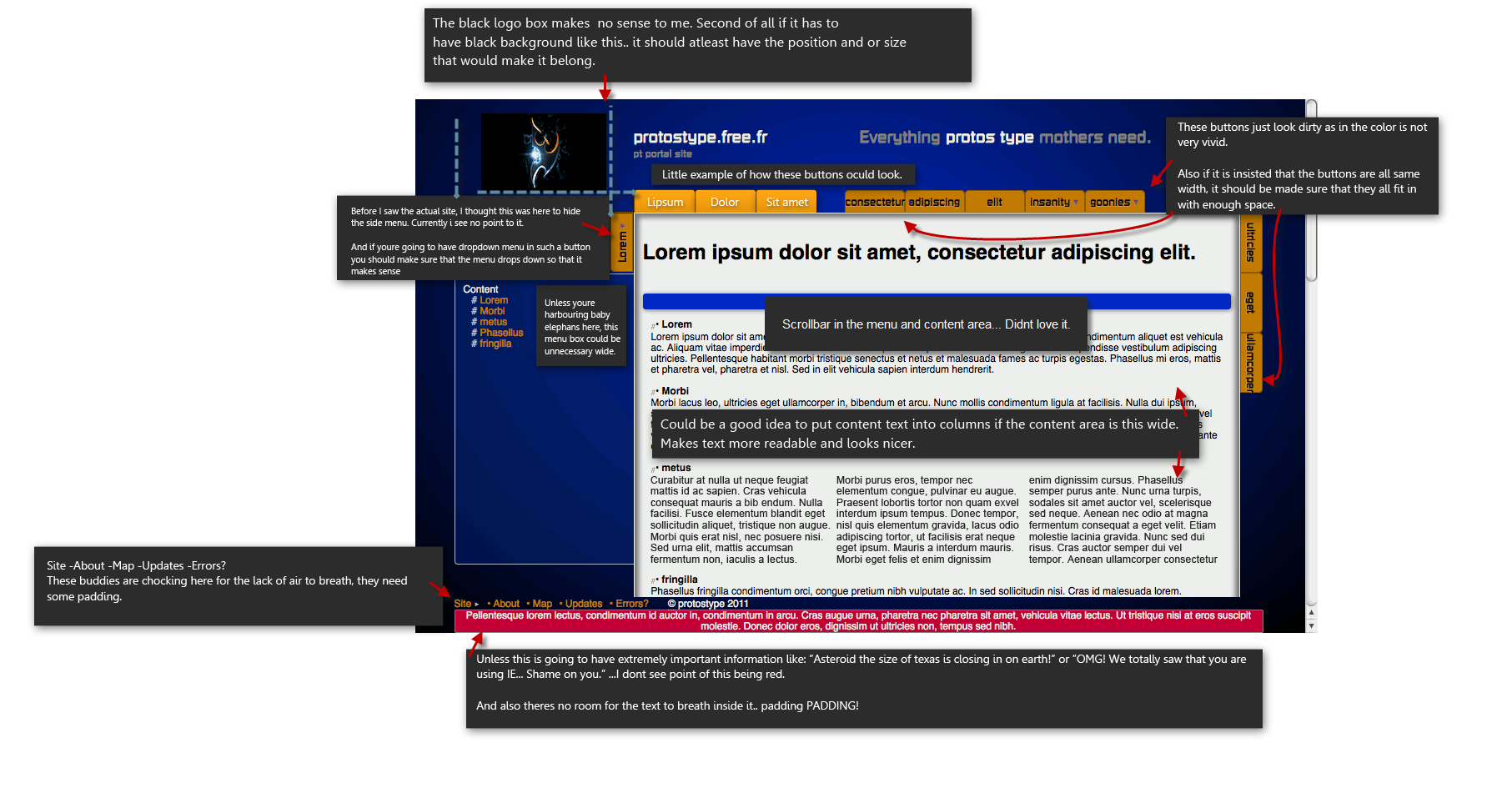 Some things that I forgot to mention:

..at this point I realize that I should’ve read the whole question properly… Most of what I’m saying is still fine I believe.