I am building up a typography glossary and I’m looking for the name of this old typographic technique. I have seen it now and then since I was a kid. It was common for more than some eighty years ago, a lot before the advent of digital typesetting. It was used when saving up space was a must, as in glossaries, dictionaries or books with a lot of text.

In this procedure, a line’s end is continued at the blank end of the previous line preceded by an opening square bracket, instead of continuing it by adding a line, as it would normally happen. I hope the attached image illuminates the concept. 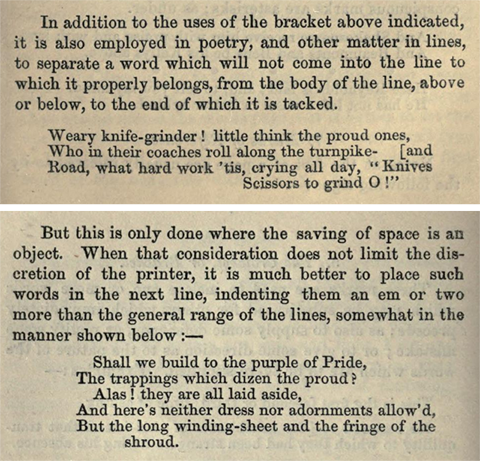 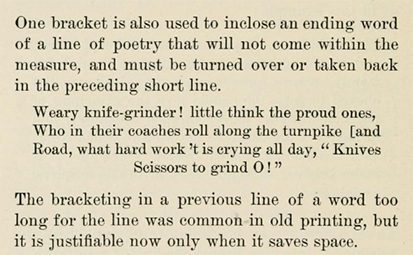 Sadly, none of these books mentions a proper term for the technique (and they all seem to advice against using it if avoidable).

In The practice of typography; correct composition, De Vinne uses the expression: “bracketing in a previous line of a word too long for the line”, which is the closest thing to a name I can find.