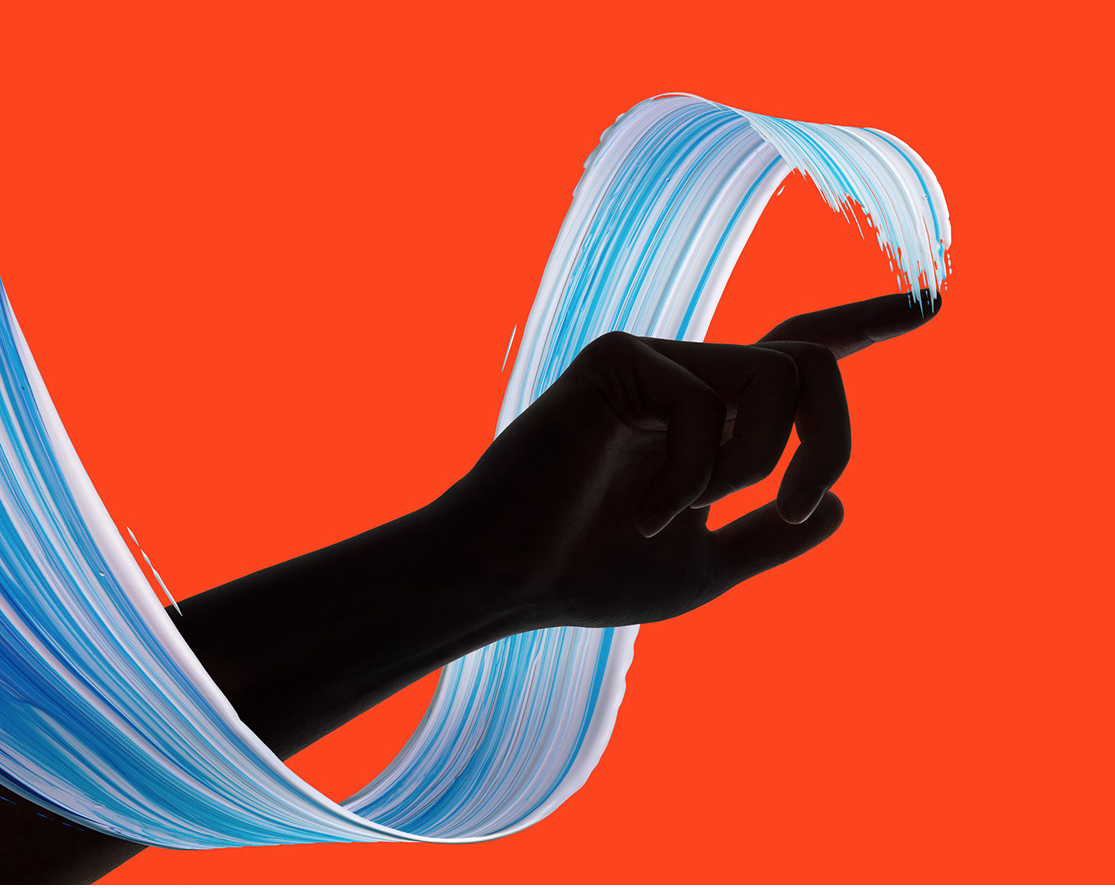 Can someone tell me what’s that Color Paint design called and how to make it? i am quit sure that it’s postally 3d Render or else it’s made in Illustrator with Blend Tool, Any Suggestion on that please.

The referenced artist in question calls them “paint sculptures”, and says this about the approach:

And has an image posted called production assets which looks like this: 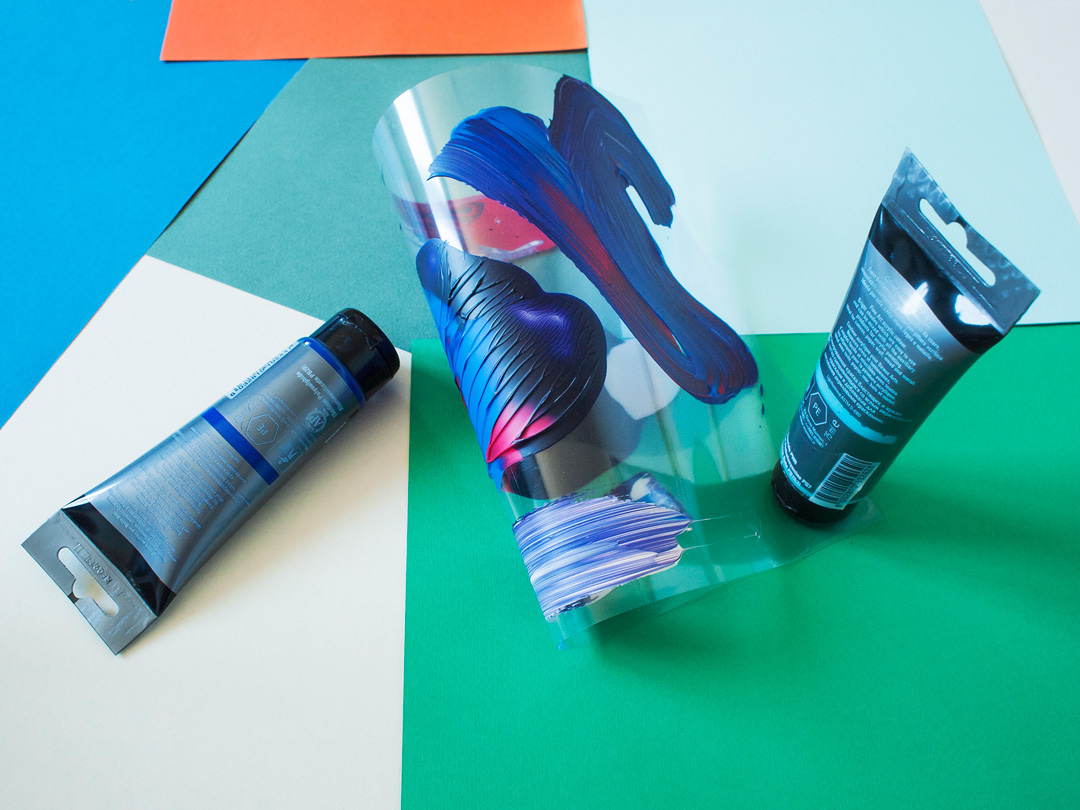 So though I love @user287001’s proposed method, I can pretty confidently say that it isn’t the one used by the artist referred to in the OP’s question. It’s worth pointing out that the artist in question also has both a number of more traditional oil painting projects up and a fair few 3D modeling projects up, so it could well be that this description is only partial, and that in fact part of the process is conducted in 3D – given what he lists on his resume, I’d say 3DS and vray.