I have been reading a lot about font pairing lately, but I’m still missing to identify when fonts don’t complement and contrast with each other, instead they clash.

An example that I’ve read was about comparing a so-called blackletter with a roman serif. They had different proportions, one condensed with large x-height, the other more extended and taller. As they shared the same weight, size and decoration, they were considered too alike. Why was that so, if they had about the same contrast and similarities?

Could the overall thickness have something to do about it? 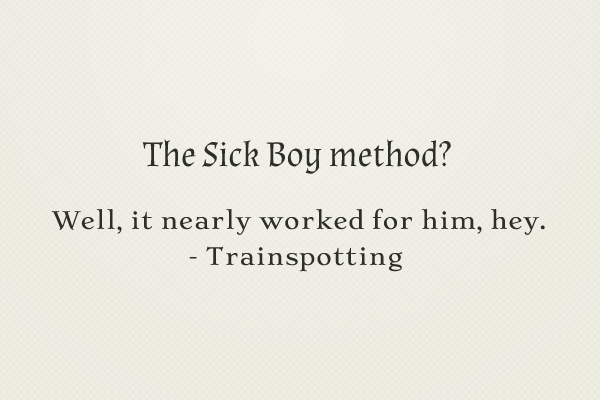 Subtle differences look like careless mistakes and sloppiness, not just in fonts but in all designs.

Here is Arial Black with Source Sans Pro Semibold. They clash because they’re both trying to be clean sans-serif fonts and in that sense have a lot in common. But then there’s jarring differences when used together. Just look at those lowercase e‘s at the end and the angles don’t match at all. the o‘s likewise are fairly different and that’s really because they are very different.

Here they are in Regular weight and same size / kerning:

Take either one on its own and its fine. But when used together those little differences make it jarring to look at. Here we can demonstrate this by using both in a sentence. They are similar enough that its hard to tell which words are in which font, but different enough to see that something is off:

If we had instead used a more Contrasting font however it could work even within a sentence:

In some respects it is a matter of opinion, there are many fonts that can pair. But the reasons not to pair is a bit easier to pick out.

That’s really all there is to it. And its important to note this is true of all areas of design. Its why in fashion when someone wears two close but not identical shades of a color its said to clash, why suits are made from the same fabric so the exact same shade is used on the jacket and pants. Or in spacing why it would be very strange if you had 3″ then 2.8″ then 3″ then 3″ then 3.1″ or something like that.

As far as the exact fonts in your article are concerned. It does a pretty good job explaining it.

While not the worst pairing ever it does clash because they’re similar enough that its not immediately apparent that they’re different fonts. Especially (and this was probably deliberate in their example) when there is no lowercase a which is the greatest difference between them.