At first glance, everything looks fine… Circle is 2p and square behind has rounded corners of 1p but if the stroke is removed, there is clearly some inconsistency. What is the reason for this behavior? 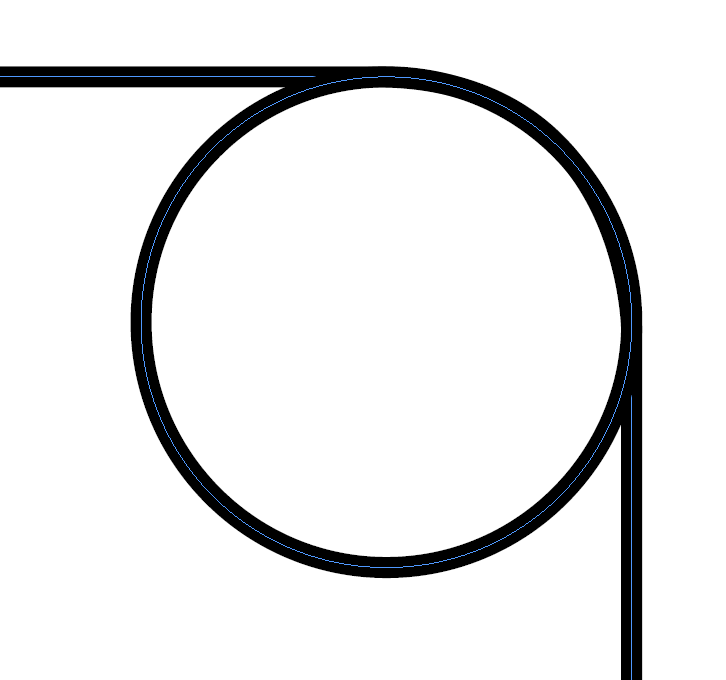 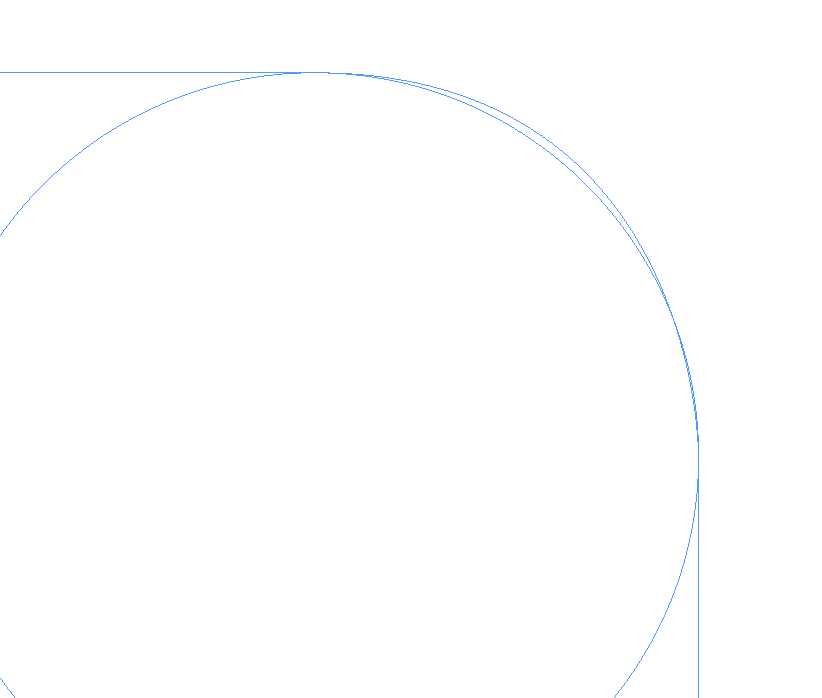 Here is the same process but done in Illustrator, where rounded corners actually work: 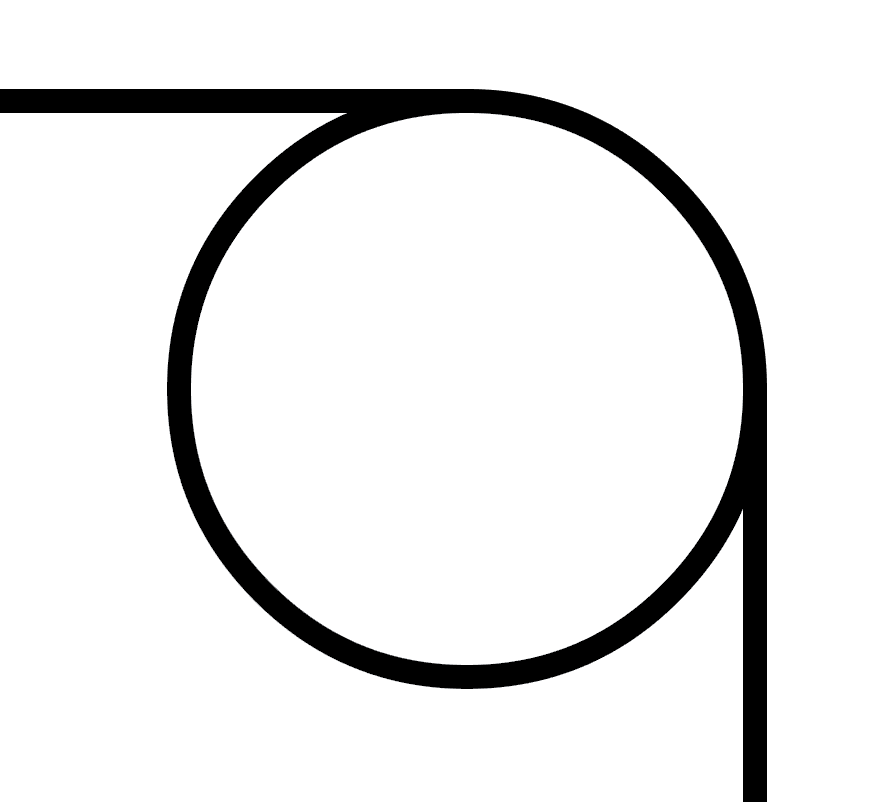 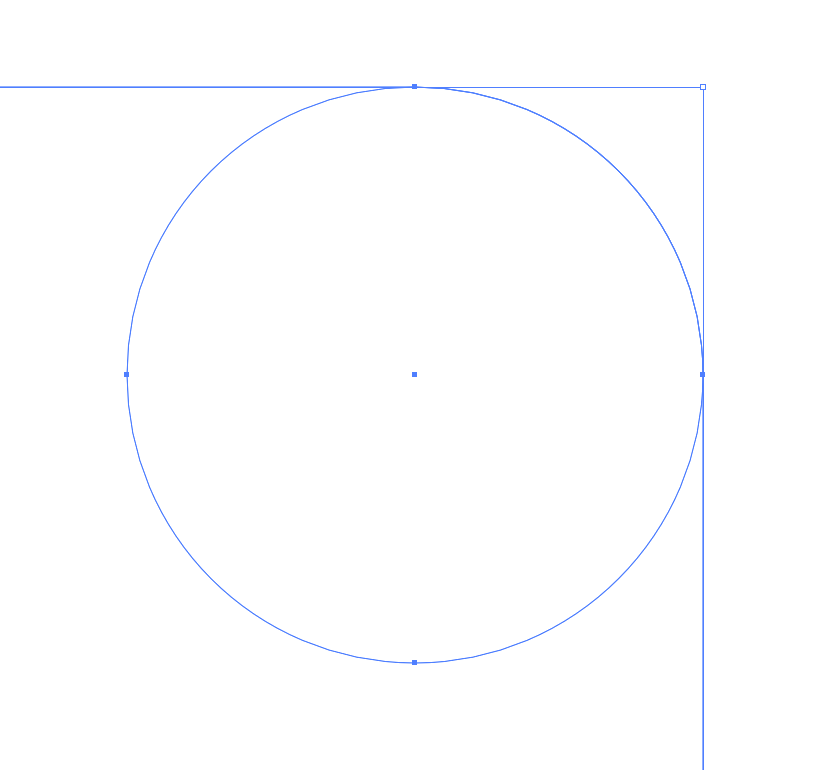 They are not perfectly round because InDesign’s graphic model does not use circle fragments; all circles and circle sections are created with Bézier curves, and ((in)famously) with these you cannot draw a perfect circle, only approximate it. This is also the case in Illustrator:

But there are various levels of accuracy in “approximating”.

Circles are done the same as in Illustrator, but for the Rounded Corner option, the InDesign engineers chose the easiest – and most naïve – solution: add a single Bézier control point at the intersection of the horizontal and vertical lines: 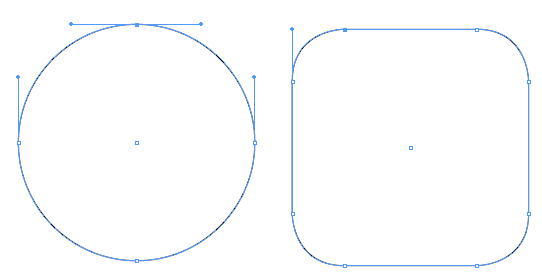 As can be seen in the zoomed-in image, this is off in both outwards (at the starts and end) and inwards (at the outermost point) directions. 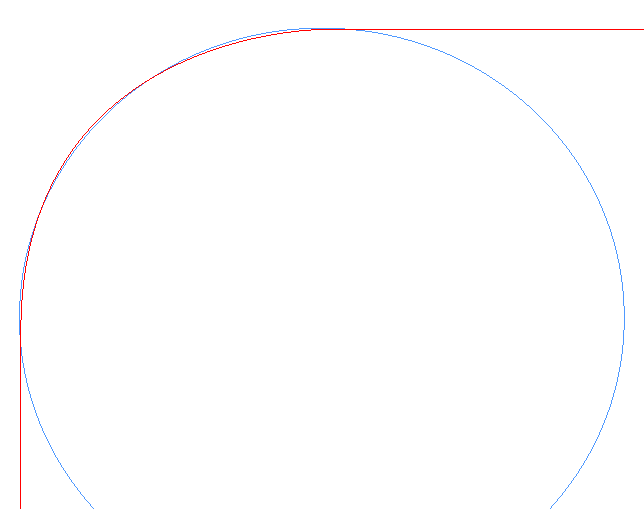 Fig. 3. The intersection of a circle and a rounded corner at a modest 800% zoom

However, mathematically speaking, the nearest approximate of a Bézier curve to a quarter circle segment needs its control points at a horizontal and vertical distance of 4*(Math.sqrt(2)-1)/3 ~ 0.5523 and not 1.000 (related Stack Overflow question; the article Approximating Circular Arcs with Cubic Splines by Philip Todd (PDF) discusses the accuracy of a number of approaches).

We can only wonder why the more accurate approximation is used in Adobe InDesign for circles but not for rounded corners, while in Adobe Illustrator it is used for both.