Most characters have a single shape or form – for instance the letter C always looks like a C. The end caps may be different, it may have serifs, the terminals may end at a different angle, but the basic form is the same. This is true for most letters. There are however some exceptions.

The lower case a and g for example, have single and double story variations: 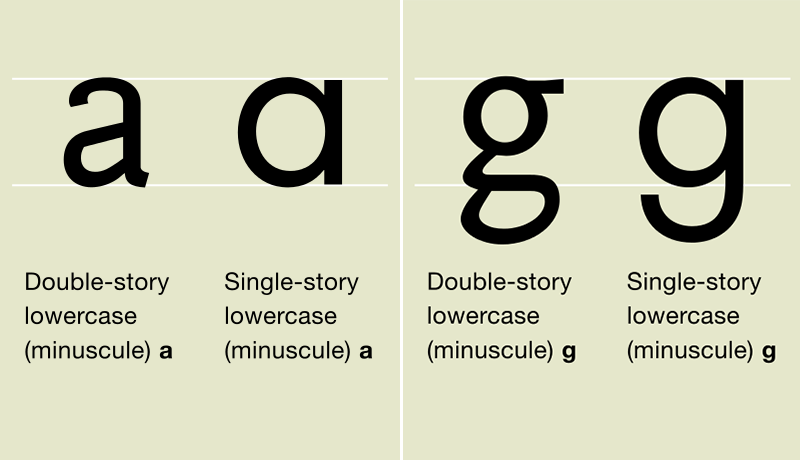 The ampersand seems to have significantly many more variations. Some of which can be seen here: 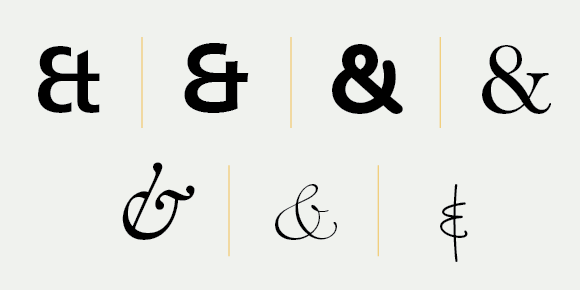 In the case of the ampersand, I understand that these forms all evolved from an Et ligature. Et being Roman for and.

Modern letter forms are the product of a combination of tradition, technical considerations, readability considerations, and interactions between handwriting and printed texts as well as between several flavours of the latin alphabet (roman type, blackletter and gaelic). Therefore I doubt that anybody can make more than educated guesses as to why certain variants survived while others didn’t. After all, there isn’t any committee that decides things like that only a single form of the letter d shall be used.

Anyway, here are my educated guesses:

As a general tendency, we experienced a strong homogenisation of letter forms in the last centuries. This was probably stimulated by the industrial revolution, globalisation, an increased alphabetisation and the related advent of printed type as a product for the masses. This probably ends with the digital revolution, which made it tremendously easier to use different typefaces and letter variants – however, only time can tell whether this is actually the case.

Now, why did certain variants survive?