I know people prefer rounded corners to regular (90 degree sharp) corners (references: 1, 2, 3), but why is 2dp considered a proper value for border radius?

Is a button that follows this rule more user-friendly than one with a 10dp border-radius or it is just a suggestion and 2dp is a minimum value?

You can find more info here. 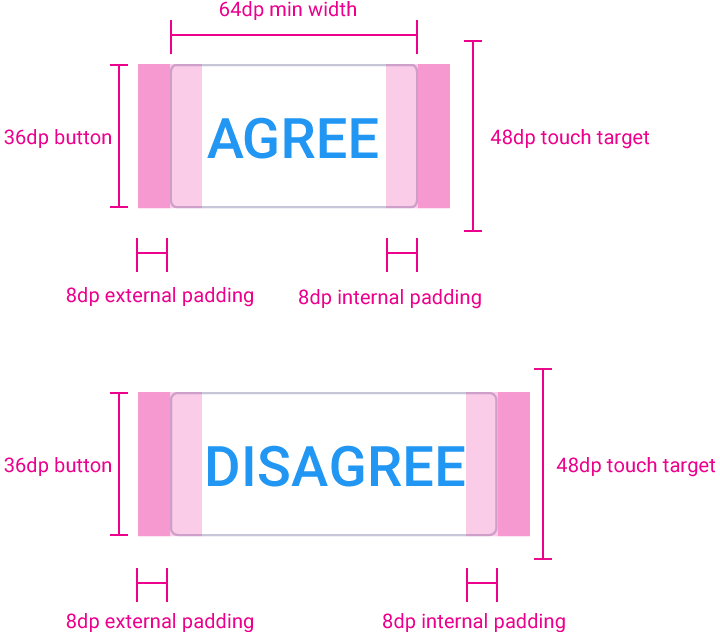 Buttons should have a 2dp corner radius. 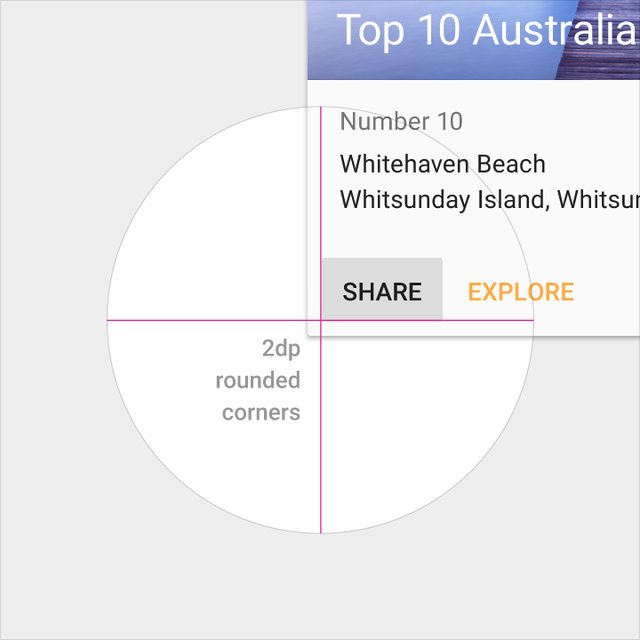 The answer to your question lies in the psychological concept called Contour Bias as illustrated in the book Universal Principles of Design.

As the book quotes:

Objects with pointed features elicit stronger activations in the regions of the brain related to associative processing, meaning that although the angular objects were less liked, they elicited a deeper level of processing than contoured objects- They were, in effect, more interesting and thought-provoking to look at.

The degree of angularity corresponds with the strength of Amygdala activation, so ensure that angularity of design elements aligns with design objectives.

Now, since a button is a call to some sort of an action, it can’t be too rounded as though roundness elicits likability, it also comes off as casual and the user might end up ignoring it completely. Also, a square cornered button might come off as too rigid and/or abrupt. Hence a mildly rounded corner serves well as a subtle yet thought provoking design solution for the button.

Having said that, Material Design Guidelines are after all, recommendations. Hence, though the specs recommend a 2dp corner radius, you might yet experiment and test out different corner radii. But of course, too much of anything is bad, so I’d suggest to yet restrict the border radii to a maximum of 5dp even while testing.