In the days of hand lettering and letter presses there was a specific decision given to the Bounce of the text. That is manually tweaking the line height on a per character basis. 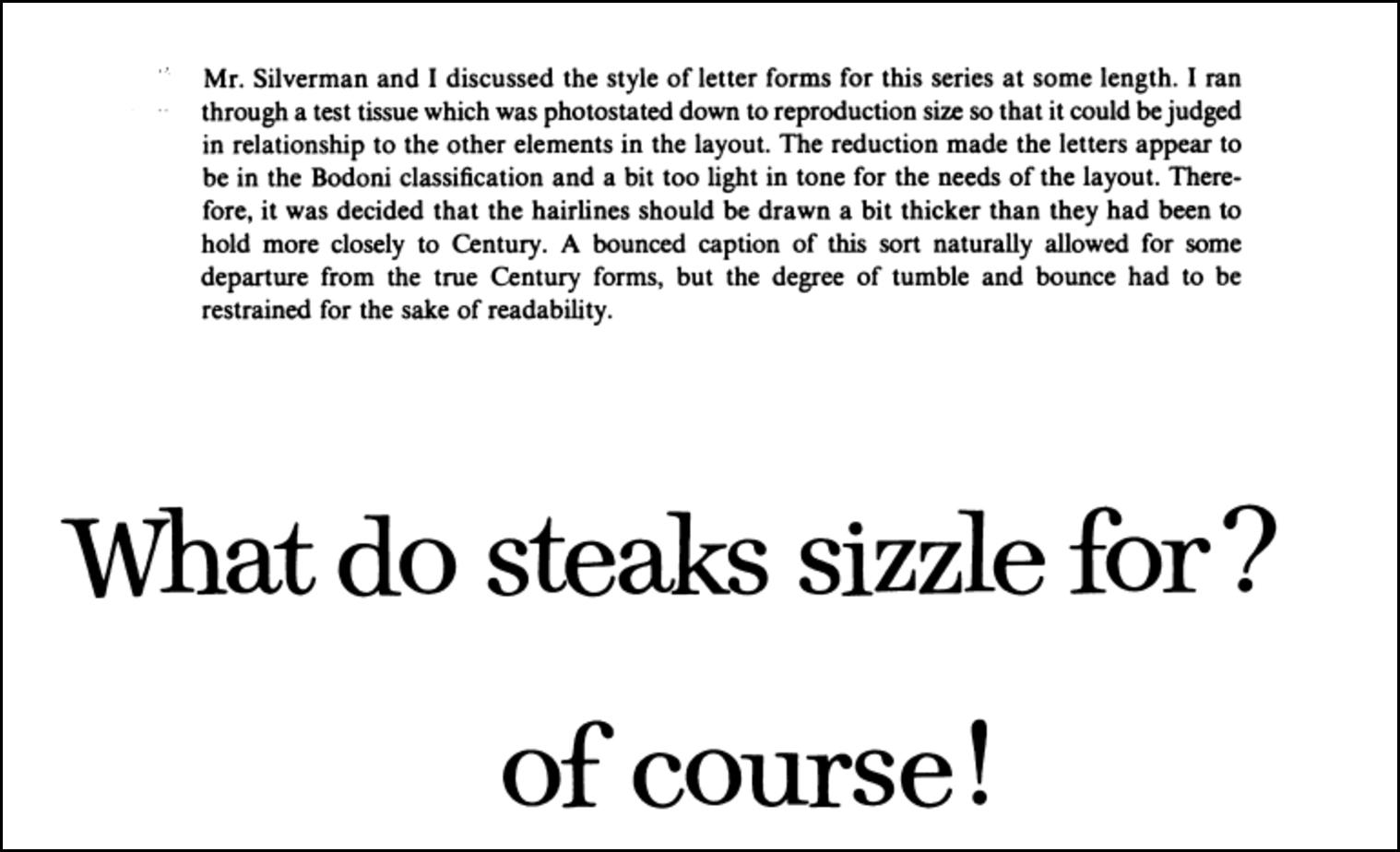 Excerpt from Letter Design in the Graphic Arts, by Mortimer Leach

This is very rarely seen these days. Even as Hand Lettering is somewhat trendy at the moment, the lettering is still being largely relegated to a single visual line height. What I mean is, even if the lettering is along a curve, its a constant curve throughout the word.

I would say few do it when hand lettering and almost none do it when setting type on Desktop Publishing software or for web.

Why has the bounce and tumble gone not just away but for all intent purposes not even a part of the typography language anymore (you won’t find a wikipedia entrance of it for example).

For the most part… People are lazy. Since a user has to manually adjust each glyph for most typefaces, users won’t bother with the effort.

In addition, some software doesn’t allow for slight glyph rotation as live text. You can skew or adjust baseline, but without rotation (tumble) it loses something. Actually, it loses a lot. InDesign and Photoshop require the user to create outlines (or shapes) of the type so you can rotate the outlines/shapes. Individual glyph rotation of live type is possible in Illustrator though. I have no idea if XPress offers glyph rotation of live type. All this adds another step of effort beyond even the necessary manual refinements.

There are a few typefaces with it built in, but much like using any highly identifiable typeface in an industry, they get overused and pedestrian after a while if everyone in an industry is using them.

Also, bounce and tumble conveys a fairly specific attitude not often suited for most marketing materials. Often conveying a more youthful expression or a dated expression – a la 1950s Americana.

I see it fairly regularly, but then, I may just see different pieces regularly than you see. It’s fairly common in “retro” designs.