The angle of the ‘upright’ strokes in Garamond italic is different between capitals and lowercase.

See, for instance, the discrepancy between the “I” and the “t” of “Italic” in the following picture.

This seems bizarre to me. I was reading a book set in Garamond the other day and found this quirk in the italic angle really distracting! Yet Garamond is a hugely popular font, so it’s unlikely to be an accident.

Why did the designer do it like this? And even if the designer was having a bad day (!), then why do so many publishers/designers/etc continue to use this font so widely despite this oddity?

Because (most) Garamonds follow the tradition. In the 16th century, the time when italic type were evolved, italic fonts weren’t created to supplement a typeface but as stand-alone font, used for continuous text. Back in these days they used upright roman capitals for the capitals of the italic type, because they haven’t “invented” italic capitals.

Here’s a scan from the 1501 edition of Virgil (set by Aldus Manutius, the typecutter was Francesco Griffo). This is probably the first text set in italic type. (Please keep in mind that handwritten italic, called “chancery hand“, is much older!) 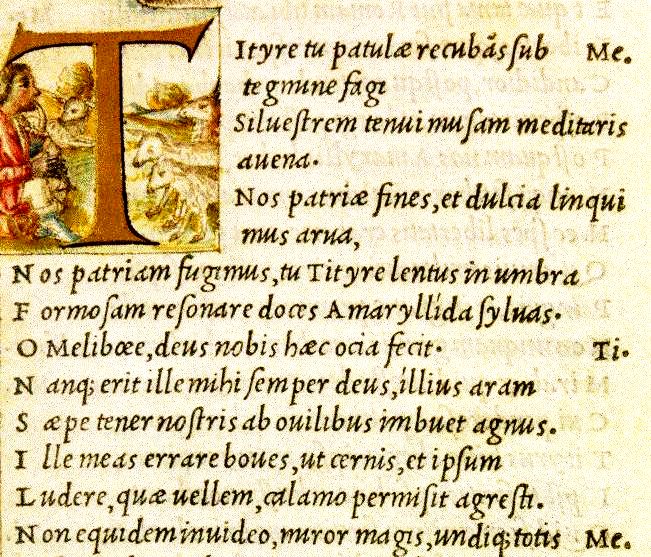 Palaeography is very complex and also a bit confusing.

(And it doesn’t have anything to do with bad taste, as joojaa suggested!)